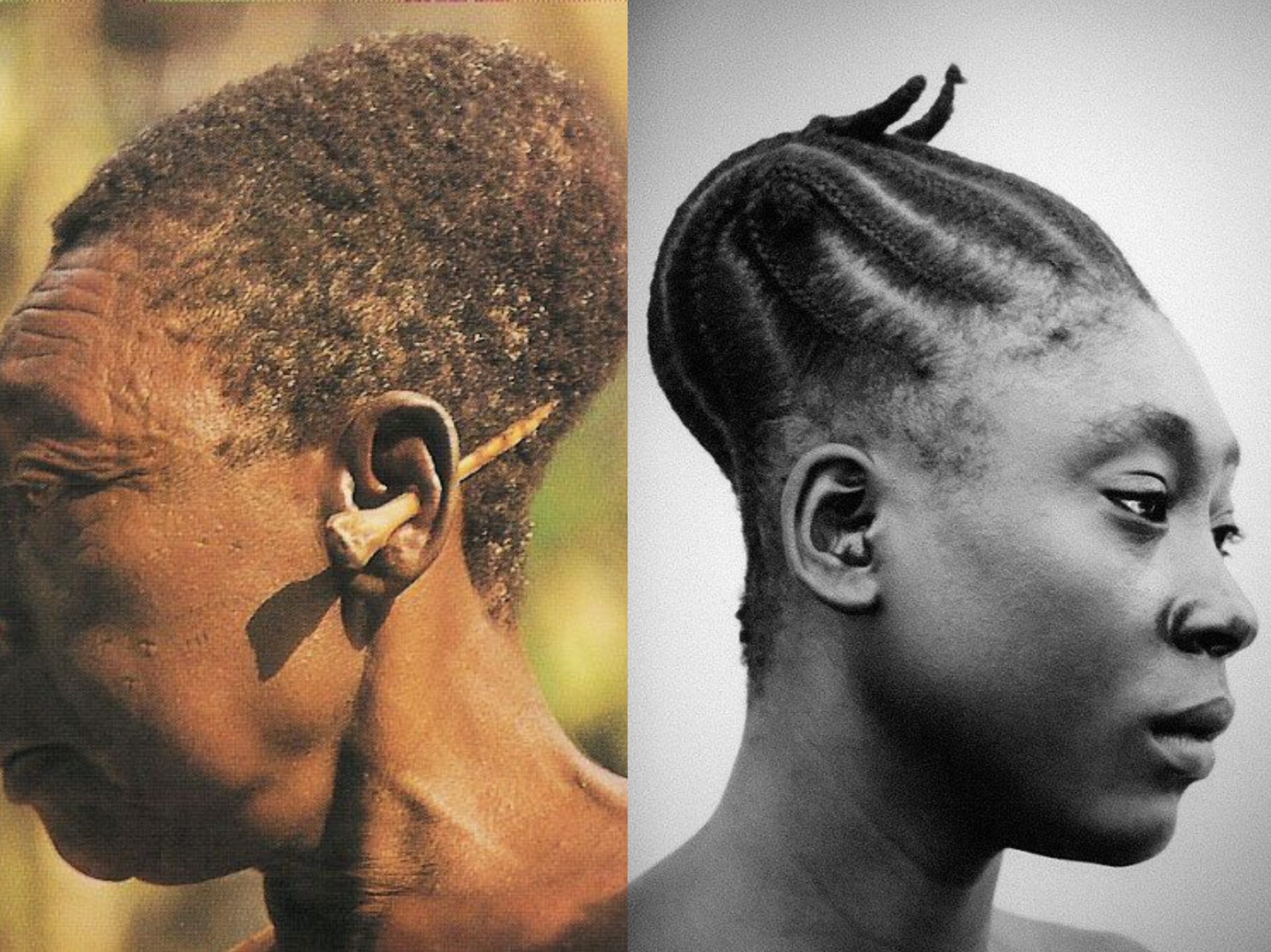 It is believed that cranial deformity has been around for a long time and was frequent among particular groups of individuals like the elongated Mangbetu tribe skulls tradition. Archaeologists, on the other hand, do not believe that it originated in a single location.

Cranial deformation, also known as head shaping, head flattening, head binding, or skull elongation, is a type of irreversible body alteration that includes purposely modifying or altering the contour of an individual's skull. It is performed by a medical professional.

Elongated Mangbetu tribe skulls tradition was a common practice at the time.

Cranial deformation has occurred at various points in history and in various geographical areas. According to the website for mental floss, Lucius Drusus, it is a widespread practice that has been “recorded on nearly every continent in many cultures over tens of thousands of years.”

It is true that scientists have discovered evidence of cranial deformity among Australian aborigines, which dates back around 30,000 years. It's a practice that the Maya, the Inca, and several other North American indigenous peoples are also familiar with.

People in ancient China were also known to have practiced skull augmentation more than 12,000 years ago, according to archaeological evidence. In fact, it has been determined that the Chinese are the oldest group of people to have engaged in the modification of their cranial structures.

Head shaping procedures were also widely practiced in ancient Peru throughout the 1500s, according to historical records. The Collaguas had thin heads, but the Cavanas had long heads in this area.

The practice of cranial deformation began in Europe 5,000 years ago and was particularly popular among tribes that came from the Caucasus region of Central Asia, such as the Samaritans, Alans, and Avars, among other groups.

"Head elongation" is the word used to describe cranial deformity in Africa as well. It was a distinguishing characteristic of the Mangbetu people. This tribe is well-known for deforming the heads of their newborn children.

The Mangbetu tribe lives in the northeastern Congo region of Central Africa. Extending their heads was a characteristic appearance that they kept throughout the years, distinguishing them from other tribes.

The practice of head extension, sometimes known as the "lipombo," began in the Democratic Republic of the Congo in the 1950s during the period of westernization and continued until it was forbidden by the Belgian government.

The deformation of the cranium is a process.

The skull is shaped in a variety of ways, but the most typical is the use of a cloth to tightly wrap the skull in order for it to take on a more cylindrical shape.

Many cultures believe that the process of elongating the skull begins at birth, because this is when the head is at its most malleable point. It is during the birthing process that the kids' heads are tightly wrapped in fabric, which is how the elongated appearance originates. When pressure is applied softly and consistently, the forehead enlarges as a result of the swelling. 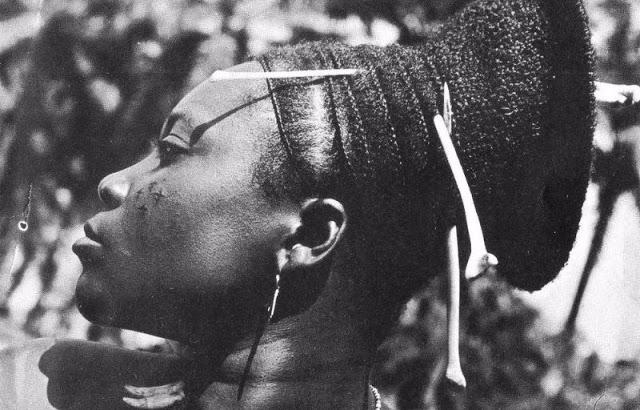 Others begin a month after a kid is born and continue for several years until the desired head shape is achieved, or until the youngster expresses dissatisfaction with the procedure.

There have also been reports of native Americans utilizing logs to support babies while simultaneously flattening the child's cranial structure.

The shape of the skull may change from one region and group to another at times, depending on the circumstances. From cone-shaped to cylindrical, flat, or with irregularities, these shapes are all available.

Some parents allow their newborn kids to sleep in the same posture for the first several months of their lives, resulting in a flattened patch developing at the back of the head. They do this in the belief that it will not necessarily have an adverse effect on the child's development or mental ability.

Why Did The Mangbetu People Elongate Their Head?

The causes of cranial deformity are as follows: 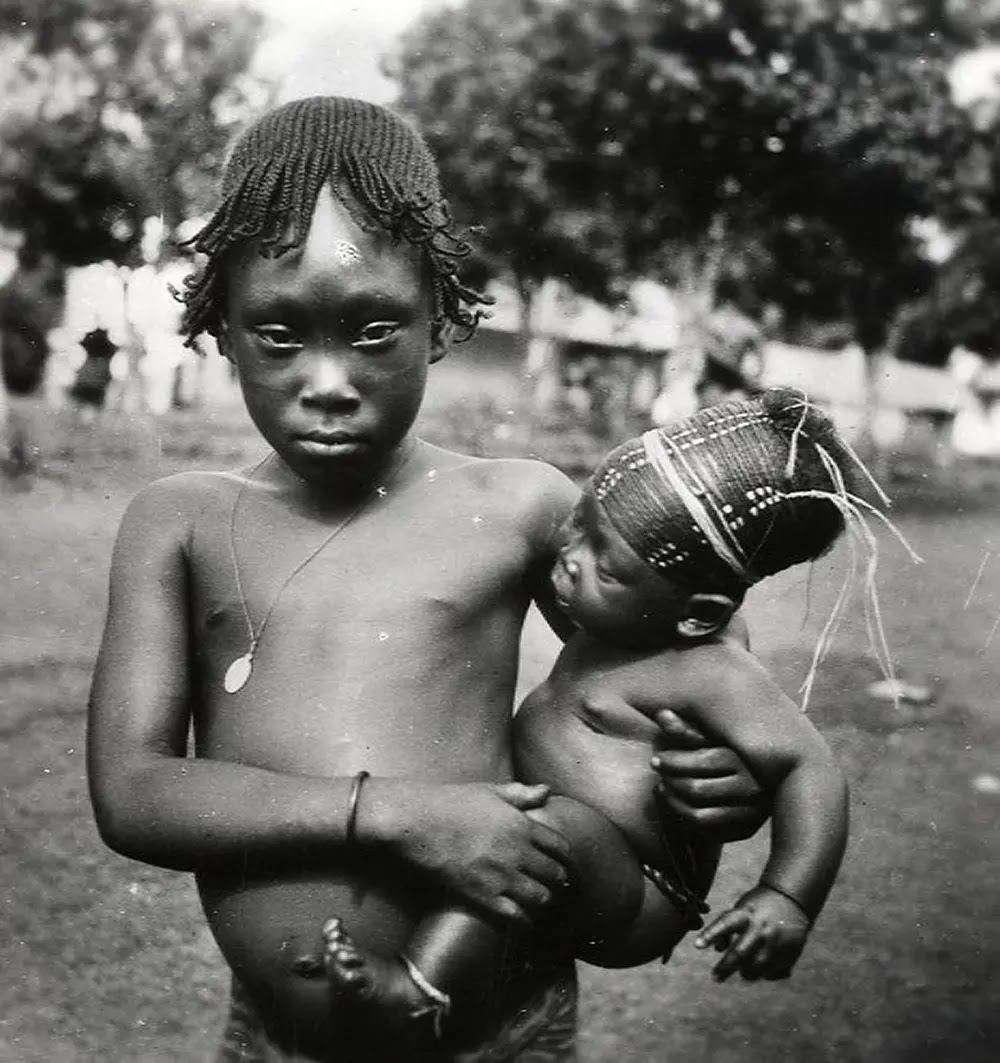 Black and white picture of a boy holding a baby

At the very least, the baby in the last photograph appears to be disinterested in it. He appears to be quite irritated by the fact that his skull has been squished and extended.

There are no recognized health hazards related to it, at the very least, at this time. Also suggested in the complete text of some other works associated with this is the fact there is no change in the capacity or the way the brain operates as a result of the change in skull. However, it is clear that they do not have a great deal of information about these topics at this time.

"does the brain take on the cone shape too?"

"Yes it does. Known to cause neck problems later in life as well."

"But how does that affect the brain?"

"Apparently it doesn't. Just tough to cover up"

So, do they qualify as humans? Well, I'd have to say... Definitely extraterrestrials... What is astounding is how the practice of the elongated Mangbetu tribe skulls has survived for so long and has managed to overcome so many obstacles.