Hey Get Out Of My Sandwich Meme Backstory 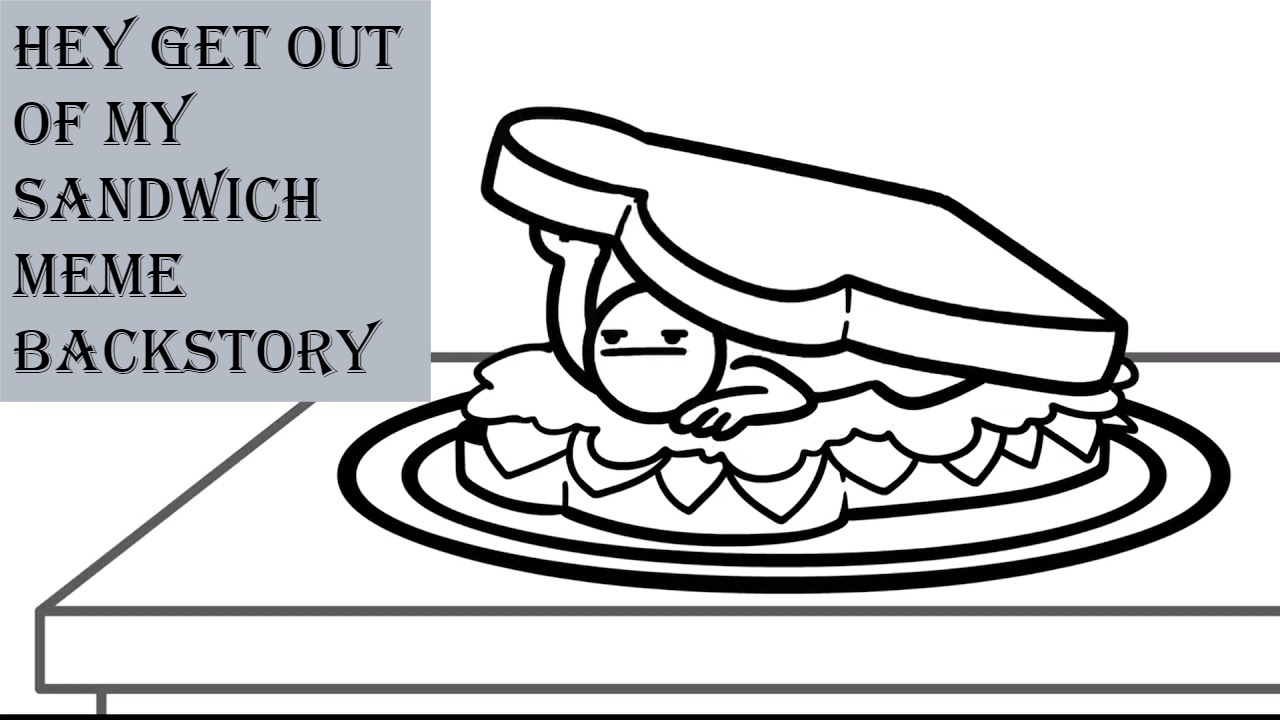 "Hey get out of my sandwich", a meme that you may have heard thousands of times on TikTok. If you have always wondered where this meme originated, well, we have the answer to your question.

Keep reading to know the answer. The "Hey get out of my sandwich" meme was a part of Asdfmovie14's video. The voice actors, transcript, reviews of the skit, as well as the compilation of the meme in Tiktok, will be discussed below. Read on!

The asdfmovie series is now up to its fourteenth entry with the release of asdfmovie14. This series started 14 years ago and it was really famous with millions of views.

On June 25, 2021, it was published on YouTube for anyone to see. Asfdmovie14 is a compilation of funny skits. One of the skits in this series is the "Hey get out of my sandwich" meme. 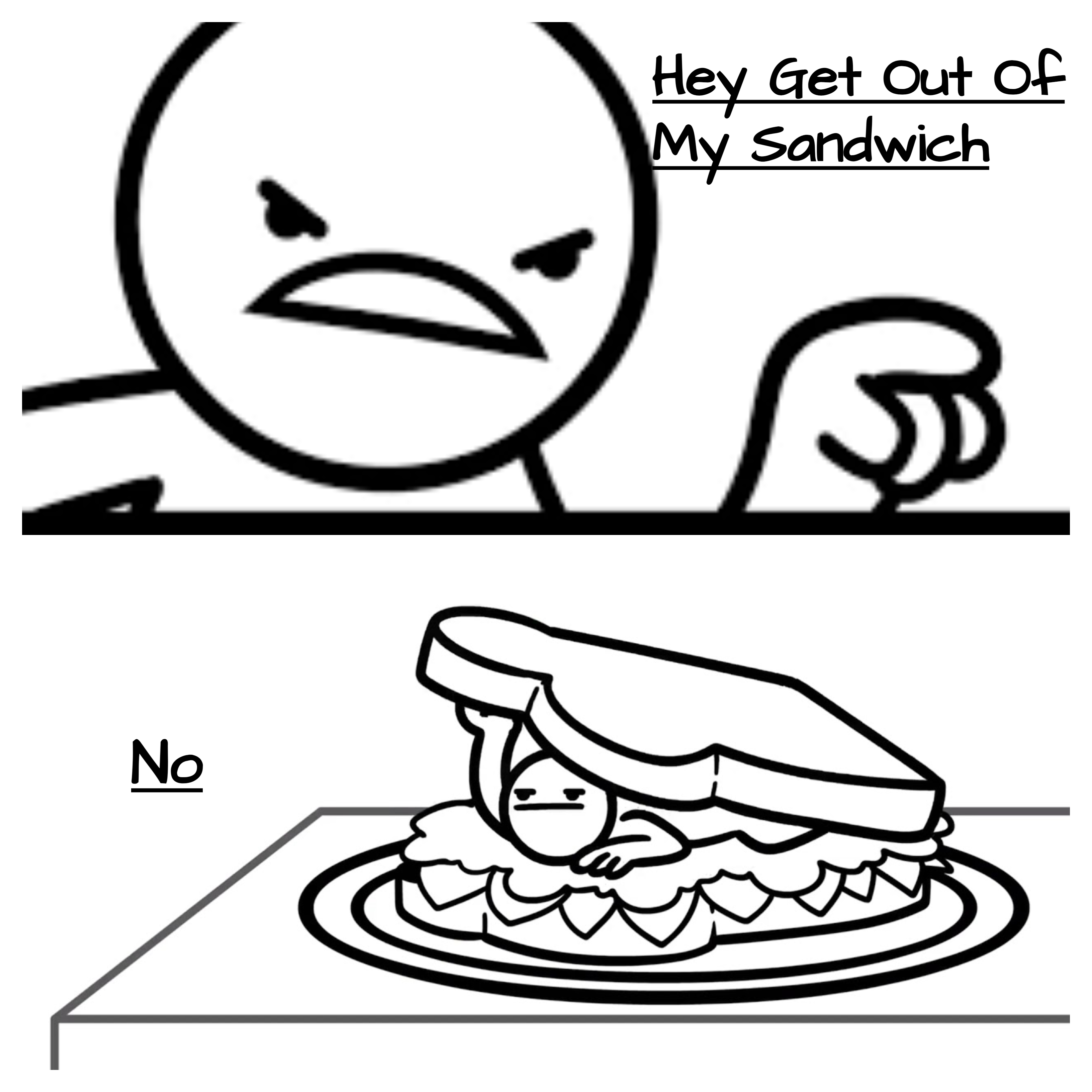 Hey get out of my sandwich meme

Man: Get outta my sandwich!

The video provided below is the official video. This video has reached 10.3 million views and 536K likes. I really enjoyed this video. You should also watch it.

According to Lonely Sandwich on Youtube, "The broccoli sockoli is giving me 'and then there’s chunky, he’s dead' vibes."

According to Blake Leasure, "The reason this series is successful is because friends can reference it and know what each other is talking about. Sound bytes are all high schoolers need to make friends. This series has created many friend group over the years."

Mr. CSANY shared some valuable information, "The fact that this series has been going on for 14 years and still going strong just amazes me.

"Note: This was a comment on the above video on Youtube 11 months ago. Now, this series is of 14 years."

Ridgewell was born on June 27, 1990, making him 31 years old at present. He is the mastermind behind the viral YouTube series asdfmovie and Crash Zoom, and he is also one of the people responsible for the creation of the card game that is based on the asdfmovie subseries Muffin Time.

After the death of YouTuber Edd Gould in 2012 from leukemia, TomSka became the showrunner, writer, director, and producer for the Eddsworld channel that Edd Gould had created. 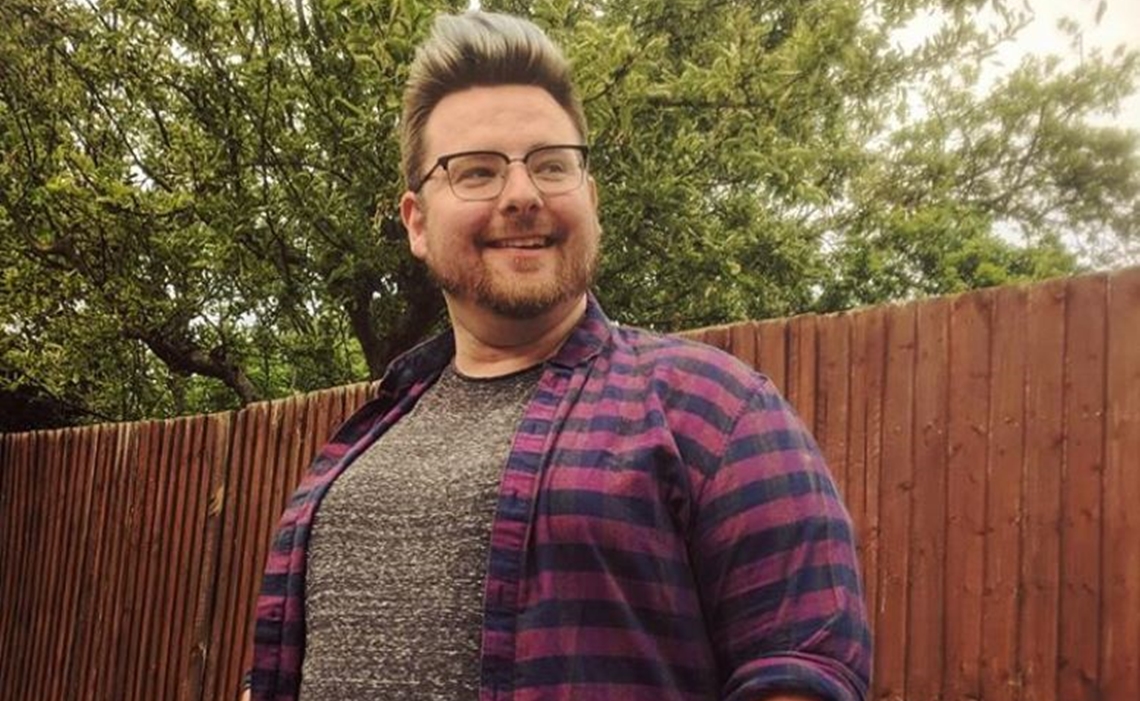 Thomas James Youtube channel name is TomSka with 7.16 Million subscribers by June 2022. He created his channel on May 31, 2006. His channel has 1.9 billion views now.

It is the asdfmovie series that has brought the most attention to his TomSka channel, but he also makes sketch comedy with other YouTubers on that channel.

To this point, there have been a total of 14 series, and that number does not include the scenes that were cut.

Tom almost did not graduate from The University of Lincoln because he posted a spoof of the university's advertisement on YouTube while he was shooting films for the website.

This was due to the offensive material that was displayed in the film, but he was forgiven after they noticed how many views the video had received.

Tom uploads the drawings and animations that he has directed onto the TomSka channel that he created.

Tom's second channel, TomSka & Friends, is primarily used for his weekly vlog Last Week since it began in 2016.

However, Tom has also uploaded other videos and vlogs, a series of unreleased videos and vlogs that didn't quite make the cut called Scrap'd Week, and most recently, a new series made in 2021 named Try Hards featuring his friends ElliotExplicit and Eddache.

Hey Get Out Of My Sandwich Meme Tiktoks

Hey, get out of my sandwich… No ~ Cute Tiktok Compilation

Get Out Of My Sandwich Lego Video

Get out of my sandwich lego video is also available. You can check out that video below.

Ay get out of my sandwich, No! meme

What Is The Origin Of Hey Get Out Of My Sandwich Meme?

This meme originated from asdfmovie14 video on TomSka's youtube channel. It is a part of that video that got really viral.

When Hey Get Out Of My Sandwich Meme Published On Youtube?

It is a popular comedy series by TomSka. This series started 14 years ago. Its all parts were very famous and each part got millions of views.

Do you like this hey get out of my sandwich meme? I really loved this part and the whole asfdmovie14 video too.

Have you heard about bacon is good for me meme?