Mom Pregnant With 2 Sets Of Identical Twins, Got Her And Sonographer Shocked 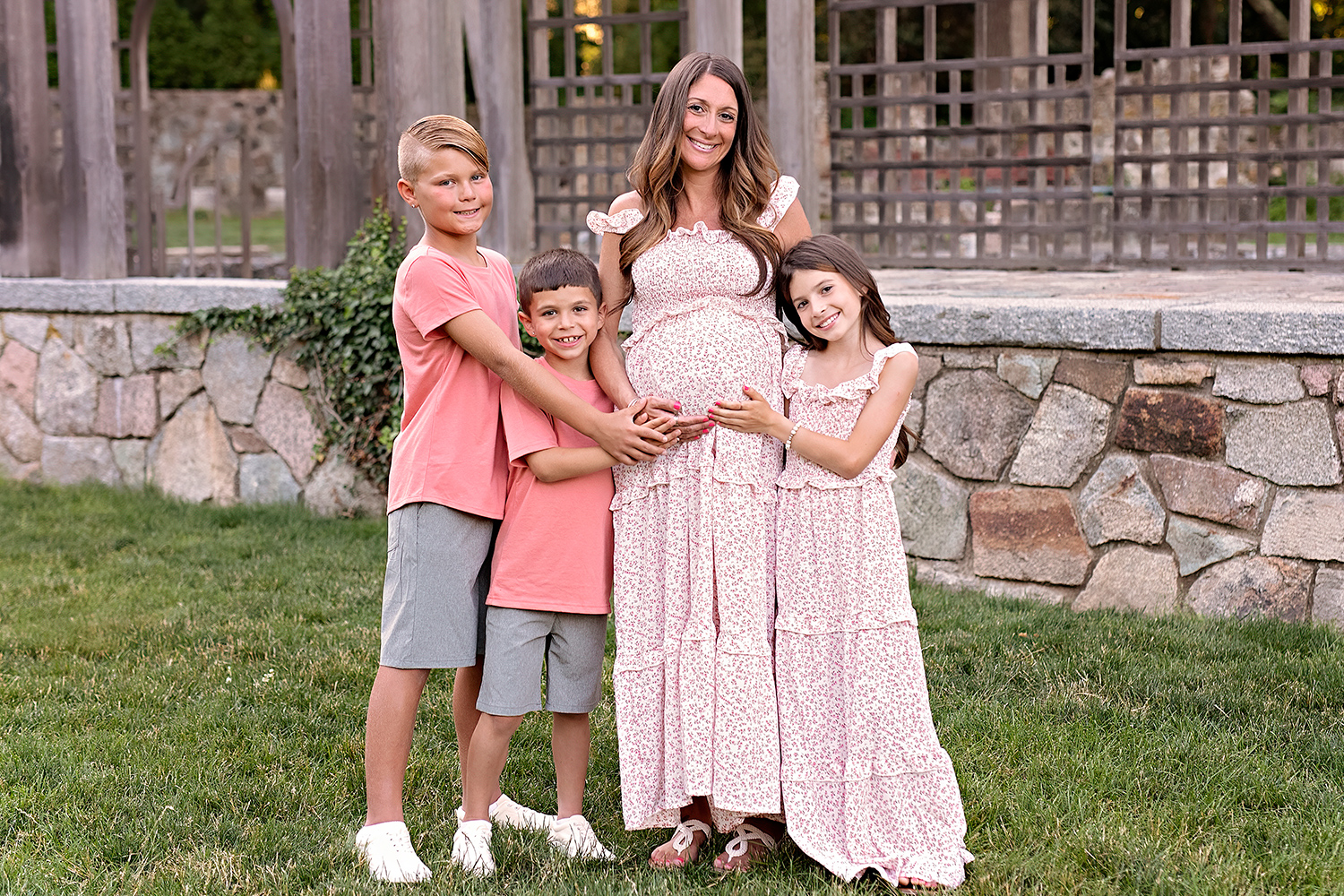 A mom pregnant with 2 sets of identical twins is causing a buzz on the internet.

Ashley Ness, 35, had no idea she was pregnant when she went to her gynecologist in February with a simple purpose in mind: to renew her birth control prescription.

It took her two weeks longer to find out how pregnant she was.

The news that you are expecting twins may come as a surprise to some people; imagine, then, the astonishment that one mother felt when she learned that she was going to give birth to not one, but two sets of identical twins! See video below.

The Couple In Utah

Well this also happened way back 2014 when a husband and wife in Utah have just learned that they will be parents of quadruplets.

Ashley and Tyson Gardner told CNN that they'd been trying to conceive for eight years without luck. Out of choices, the couple decided to pursue in-vitro fertilization. The newborns are even more unusual in that they are two sets of identical twins. See video below.

Ashley Ness acknowledged that the mere fact that she was pregnant came as enough of a surprise to her. However, two weeks later, while she was getting a regular ultrasound, the sonographer observed that something appeared to be a little bit odd.

It's just her and the technician in there; she's sitting there while the tech scans her, and then the staff writes 'A B' on the chart, at which point she glanced at the technician and asked, "Wait, hold on, am I having twins?" and the staff was like, Um, honey, you're having four babies. Ness thought she was going to faint, she told Boston.com

That wasn't the end of the unexpected events, though, as Ness found out later that she was actually expecting two sets of identical twins: two sets of boys and two sets of girls.

Unlike the story of the Utah couple, Ashley's 2 identical twin pregnancies are all natural. 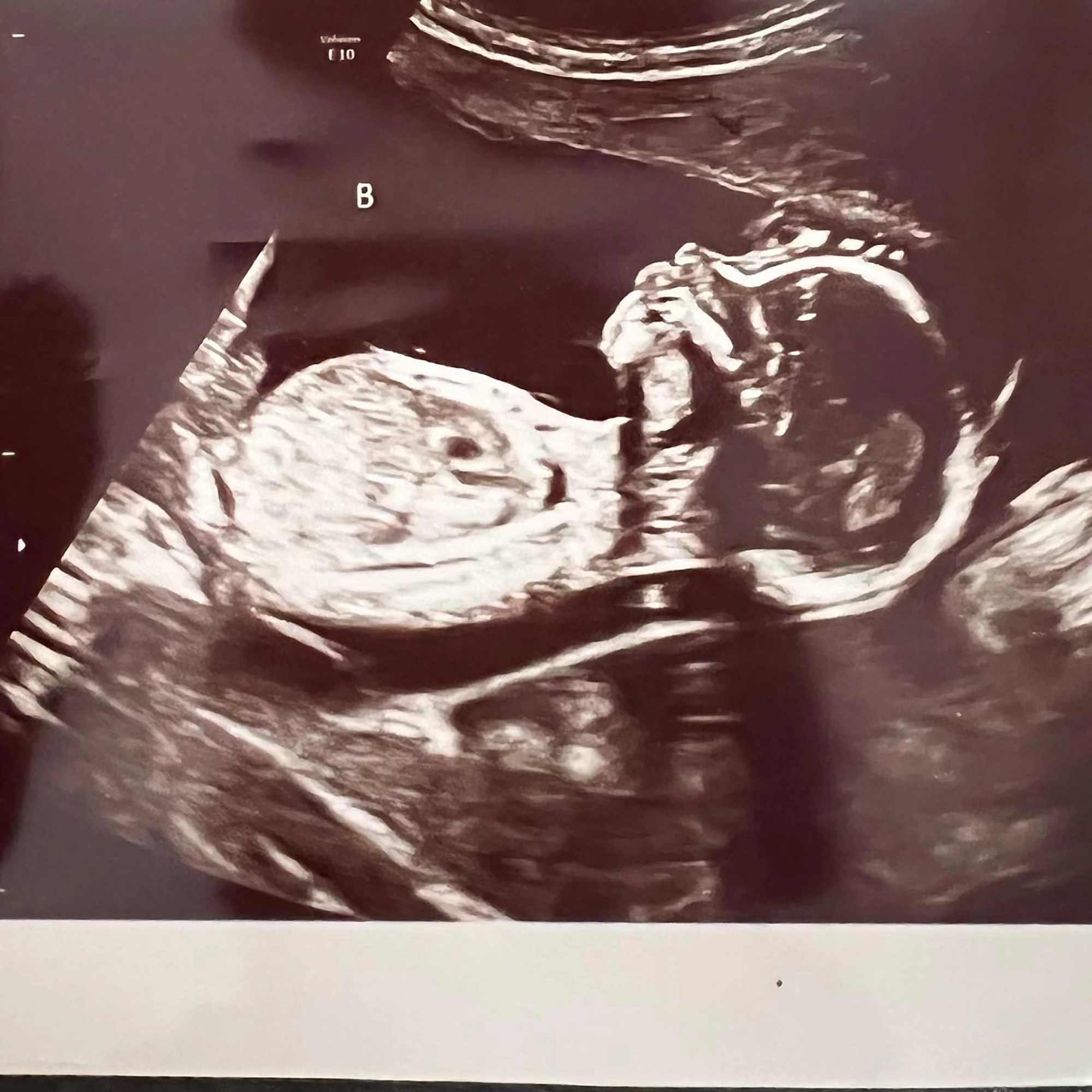 The possibility of producing quadruplets through natural means is extremely rare, with estimates placing the likelihood of such an event somewhere between 1 in 700,000 and 1 in 1 million. There is a one in seventy million chance that a single pregnancy will result in two sets of identical twins for the mother.

Dr. Ahmet Baschat, director of the Center for Fetal Therapy and a professor in the Johns Hopkins Medicine Department of Gynecology and Obstetrics, who is not involved in Ness' care, says that further tests revealed four babies in two placenta sacks, which indicates that there are two sets of identical twins.

This is a rare occurrence with an incidence of like 1 in 10 million. If she were playing the lottery, if she's this lucky, says Baschat, she would be very rich. he added.

According to him, the phenomenon takes place when two eggs are fertilized at the same time, and each of the resulting fertilized eggs then divides once more.

The mother is a part-time hair stylist, and she lives in Taunton, Massachusetts, with her daughter Chanel, who is eight years old, along with her boyfriend Val, who works as a small-engine mechanic, and his two youngest boys, Isaiah, who is ten, and Zayden, who is seven. 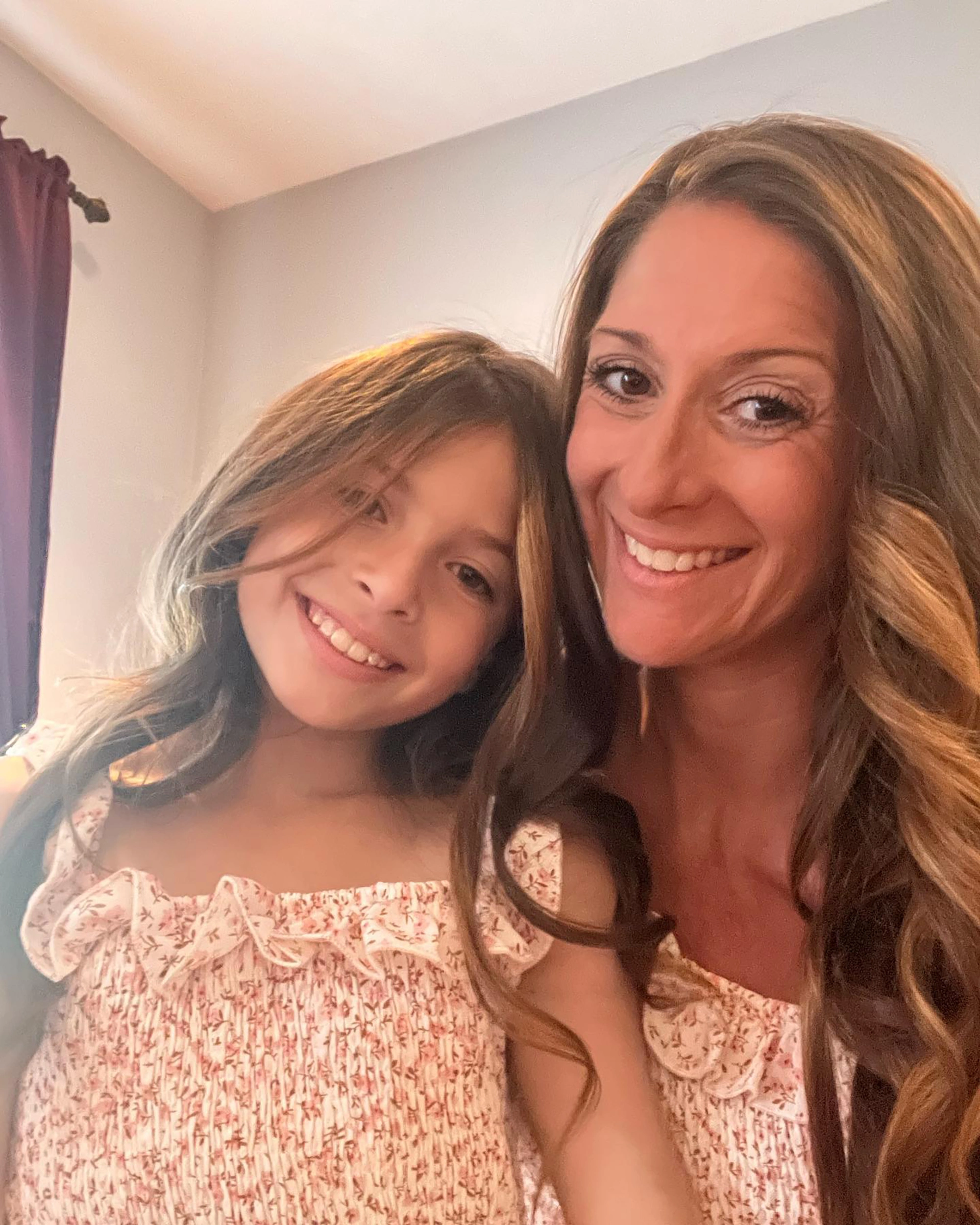 Ashley Ness with her daughter Chanel

The home has three bedrooms. (Val also has a second child, who is now 24 years old and lives on their own.)

Ness had four miscarriages on her road to conceiving again. She just accepted that she was blessed with one child and adopted the boys as her own, Ness adds. She was like, 'My life is complete,' and I never expected to find out I'm carrying another baby.' After all, she describes the news as "a great shock."

Her initial instinct was: "It's identical twins. It's quite common. We've got it." Twins do run in her family. Her mother had twins, her grandfather had twins, and her aunt had twins. Her boyfriend's mother is a twin, and his sister has twins as well.

Ness said her family is overjoyed with the news, and it made her think about her prior miscarriages.

I had miscarried four times previously, and my grandma died in January, so when I conceived, it was also soon before my grandmother died. I almost feel like it was a gift from her, like sending back the losses that I had.

She explained on Good Morning America.

It's a high-risk pregnancy, explains Baschat, who has worked in this industry for the past 30 years. "That variety I haven't seen. We come across a lot of unique items, but I can honestly say that I've never seen or heard anything like this in all of my years of professional experience.", he added. 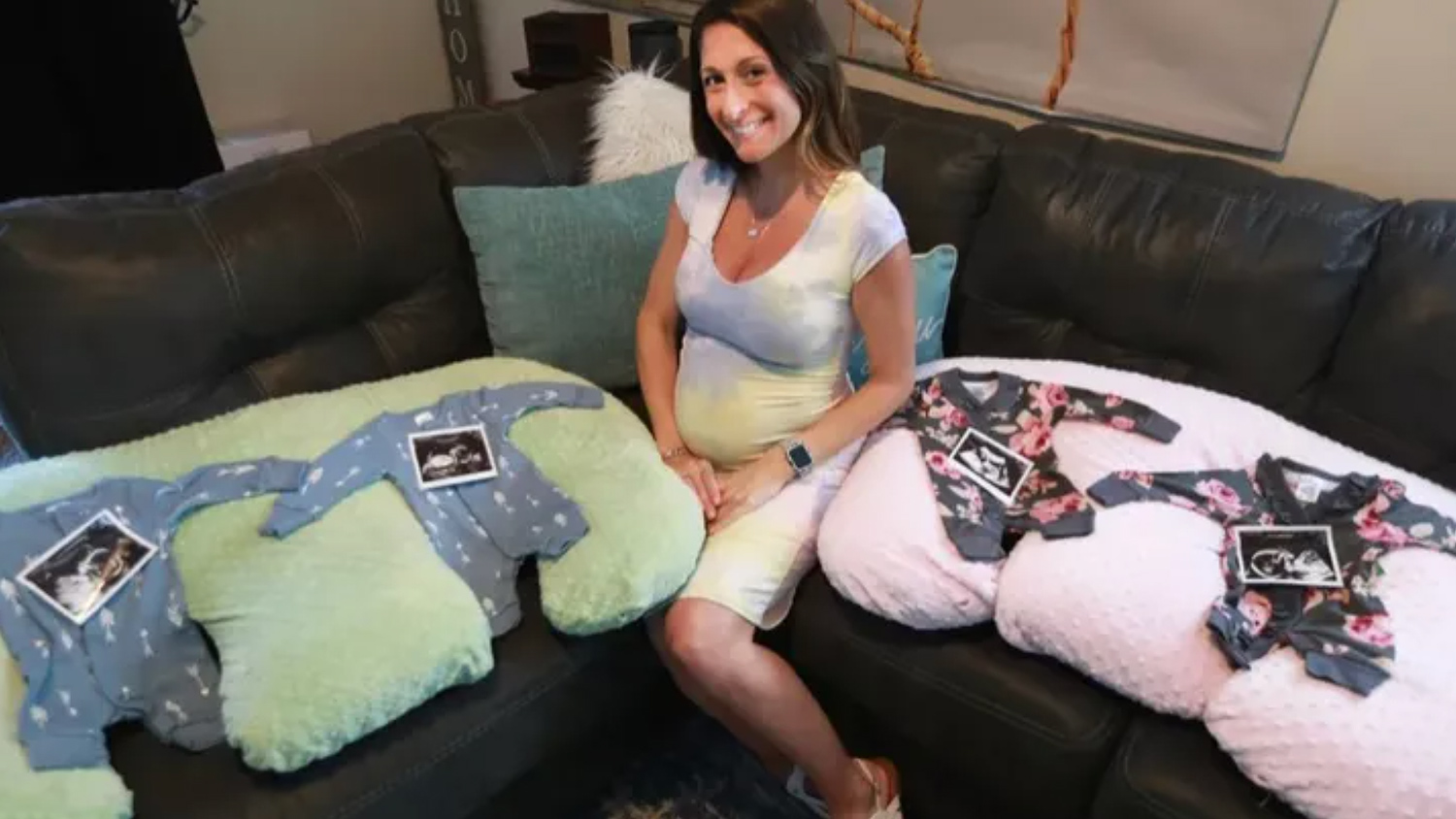 The same can be said for the ultrasound technician who only left Ness for a short time. Ness remembers the technician saying after she had returned that she had to leave the room in order to look it up on Google in order to be certain.

Her fetal-medicine specialists at St. Elizabeth's Medical Center in Boston confirmed that one set of twins will be male and the other female. It's a happy finding, but it doesn't take away Ness' concern about having two sets of twins.

There are certain types of women who are more prone to give birth to twins than others. The following are some of the elements that raise the odds:

What Happens When Two Identical Twins Are Born?

"In theory, we would anticipate their offspring to be genetically as similar to each other as full siblings are," said Laura Almasy, a genetics expert at the University of Pennsylvania. Siblings born from the same parents share roughly half of their DNA.

Do Identical Twins Have Problems?

Pregnancy difficulties and consequent birth abnormalities can affect both fraternal and identical twins. One of the most common problems is that twins are frequently delivered prematurely, generally as a result of premature rupture of the membranes.

While all twin pregnancies have dangers, dizygotic (fraternal) twin pregnancies typically have the fewest difficulties and carry the lowest risk of all types of twins. Because the embryo is dividing, monozygotic (identical) twins may have more problems.

There are around 150 sets of quadruplets born each year in the United States. If the woman's family has a history of multiple births, as Ness's family has, then there is an enhanced probability that the mother may give birth to quadruplets.