Signs Santa Muerte Is Contacting You - Lady Of Death 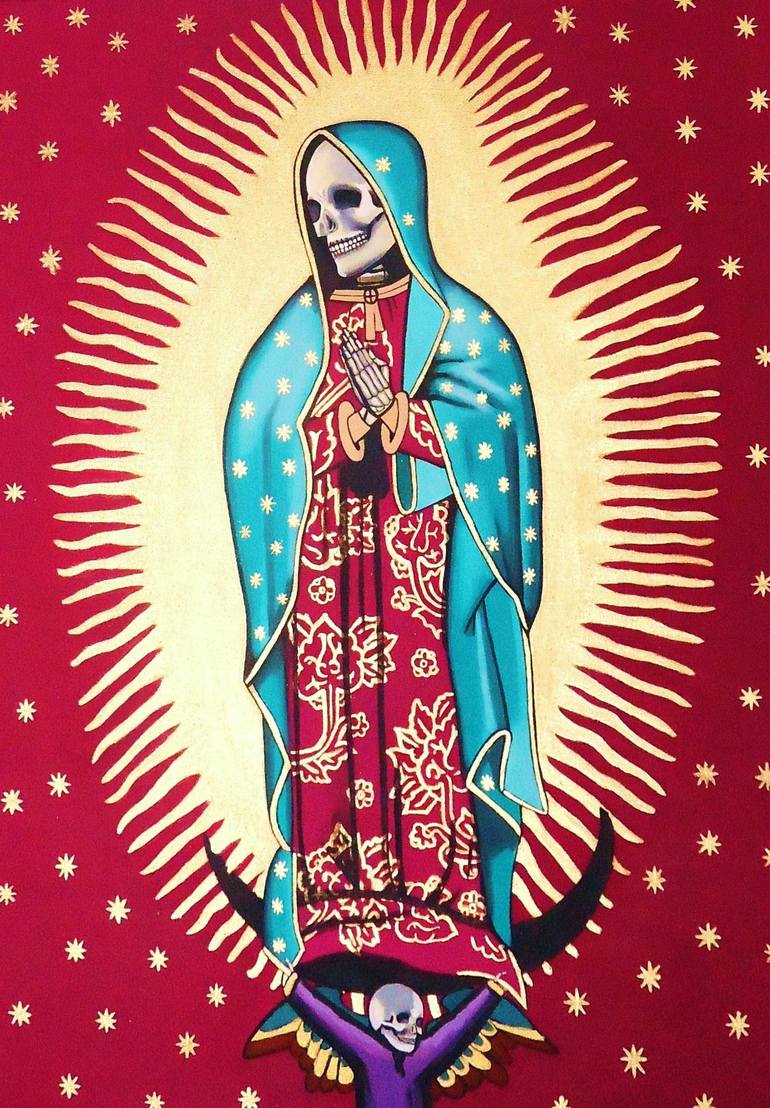 Even though the Virgin of Guadalupe is probably the most well-known and common Catholic symbol in Mexico, Santa Muerte, or Saint Death, is quickly becoming a powerful cultural figure in her own right. 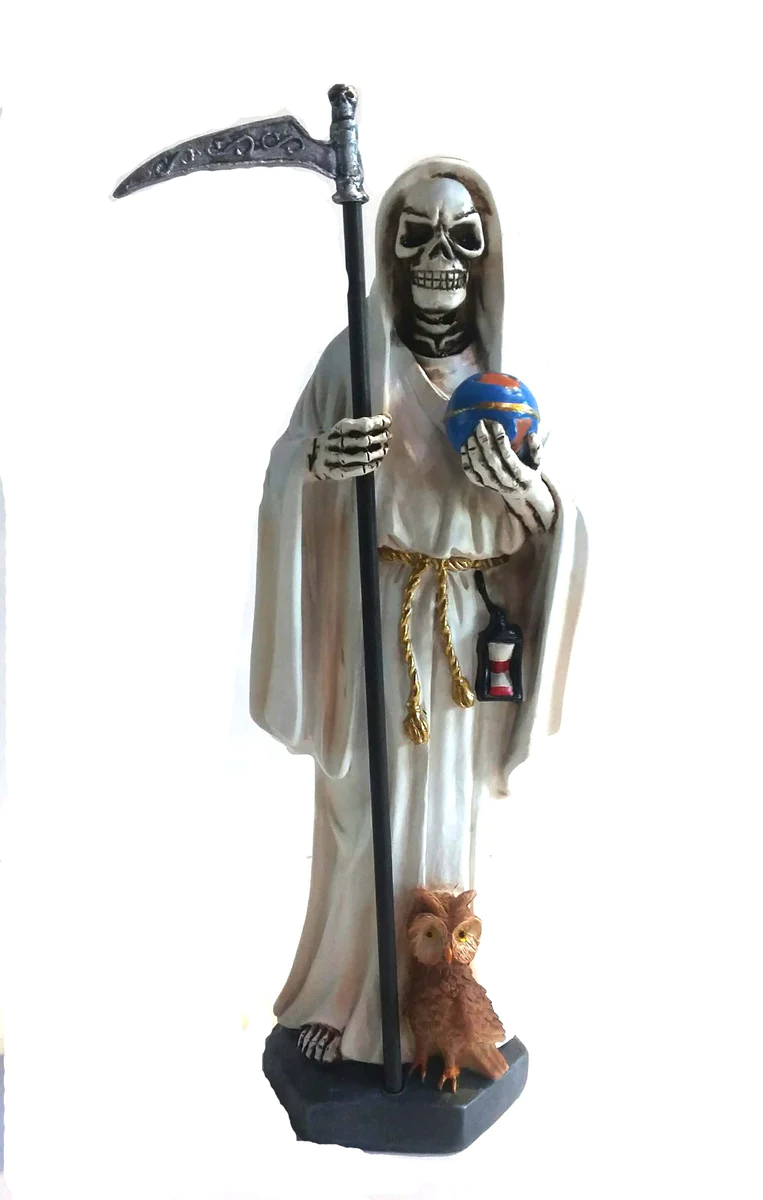 Even though the Catholic Church doesn't recognize Santa Muerte as a saint, she has become popular as a folk saint in Mexico and in some parts of the United States.

This means that her devoted fans, who are increasing in number, are to blame for her rapidly rising exposure and appeal within the Mexican and Mexican-American communities. Santa Muerte is usually shown as a female Grim Reaper because she is the personification of death.

In Devoted to Death: Santa Muerte, the Skeleton Saint, Professor Chesnut gives a detailed account of "Saint Death" based on interviews he did and things he saw and did while doing research in Mexico.

There are seven chapters in the book, and the titles are inspired by various colored votive candles.

The different colored candles represent different parts of Santa Muerte's spiritual work: brown stands for light and wisdom, white for protection and purity, black for "black magic," red for passion and love, gold for wealth and prosperity, purple for (supernatural) healing, and green for the saint's strength as a fair protector of all her followers.

According to Devoted to Death, the seven-color jar candle is currently the most popular among devotees and followers since it symbolizes Santa Muerte's exceptional multitasking abilities. So, even though Santa Muerte's candles have "black" magic in them, that's only one of her many jobs.

What Factors Have Influenced The Increase In Santa Muerte Devotees?

There are three main causes:

Signs Santa Muerte Is Calling You

Here are the signs Santa Muerte is contacting you: 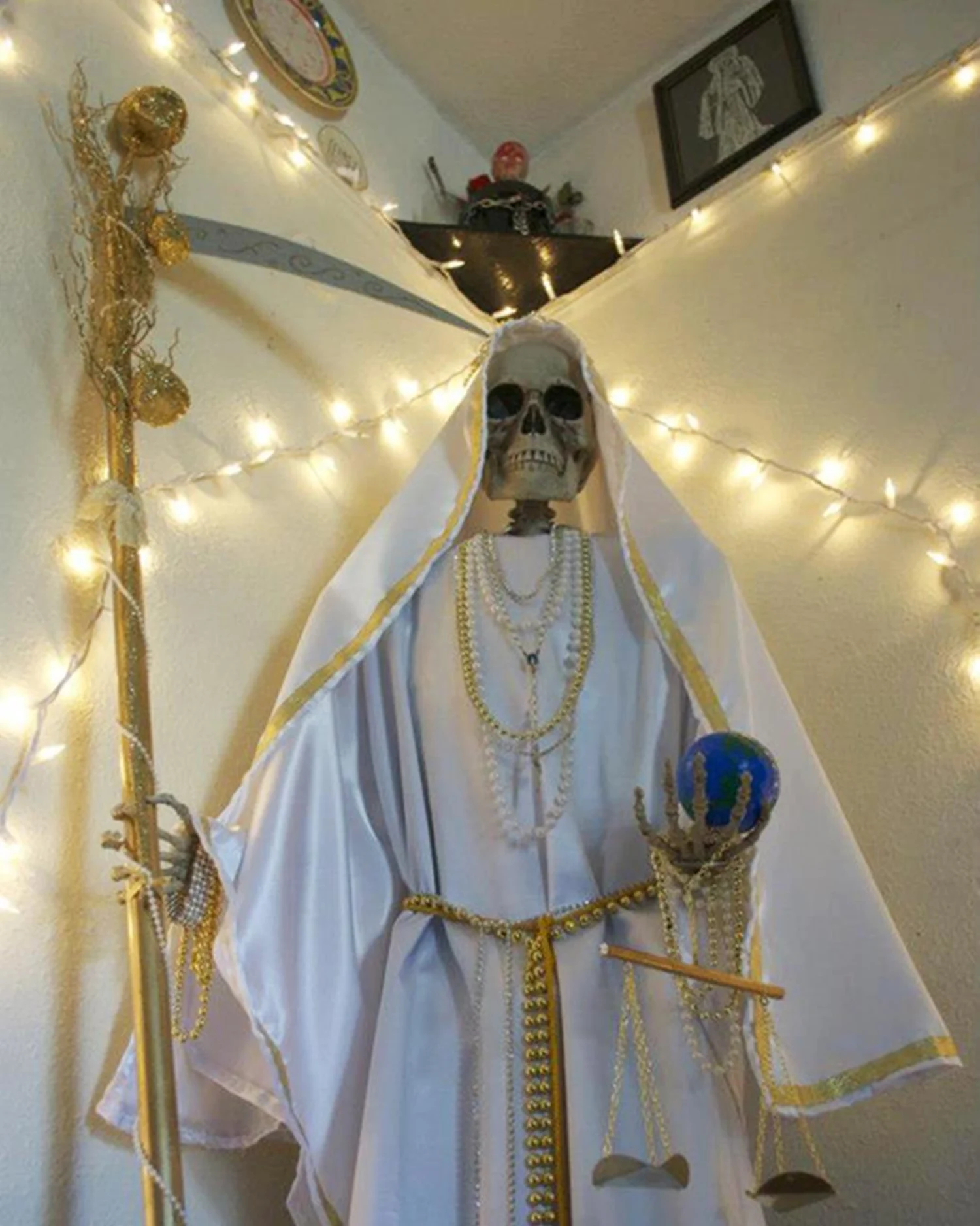 Remember!!! It is advised that you do your research and ensure you are aware of what would be required of you if you dedicate yourself to her. If you have made a formal promise to God, you will have to do what he or she wants or needs or come up with a good middle ground.

It won't really work to say, "I don't feel like it." Consider yourself a celebrity's equivalent of a personal assistant. If you want to see an illustration of what you are agreeing to, watch The Devil Wears Prada. You shouldn't respond with "impossible" or "you've got to be kidding me," either.

Who Is Santa Muerte?

Santa Muerte is the personification of death.

What Is A Catholic Holy Death?

The Catholic holy death is Santa Muerte. The Spanish for "death" is "Muerte," while the name "Santa" alludes to both her holiness and her status as a saint. Devotees frequently refer to her as "Santsima Muerte" in various ceremonies, such as the Rosary of Santa Muerte, which means "holiest death" in English. She is referred to as Saint Death or Holy Death in English.

What Does Muerte Stand For?

Muerte stands for death in Spanish.

The signs Santa Muerte is contacting you (mentioned above) will lead you towards her. But you must remember that the path will never be smooth so you must be determined about your faith in Santa Muerte.