The Mossy Lava Fields Of Iceland - Fairytale Landscape Of Eldhraun 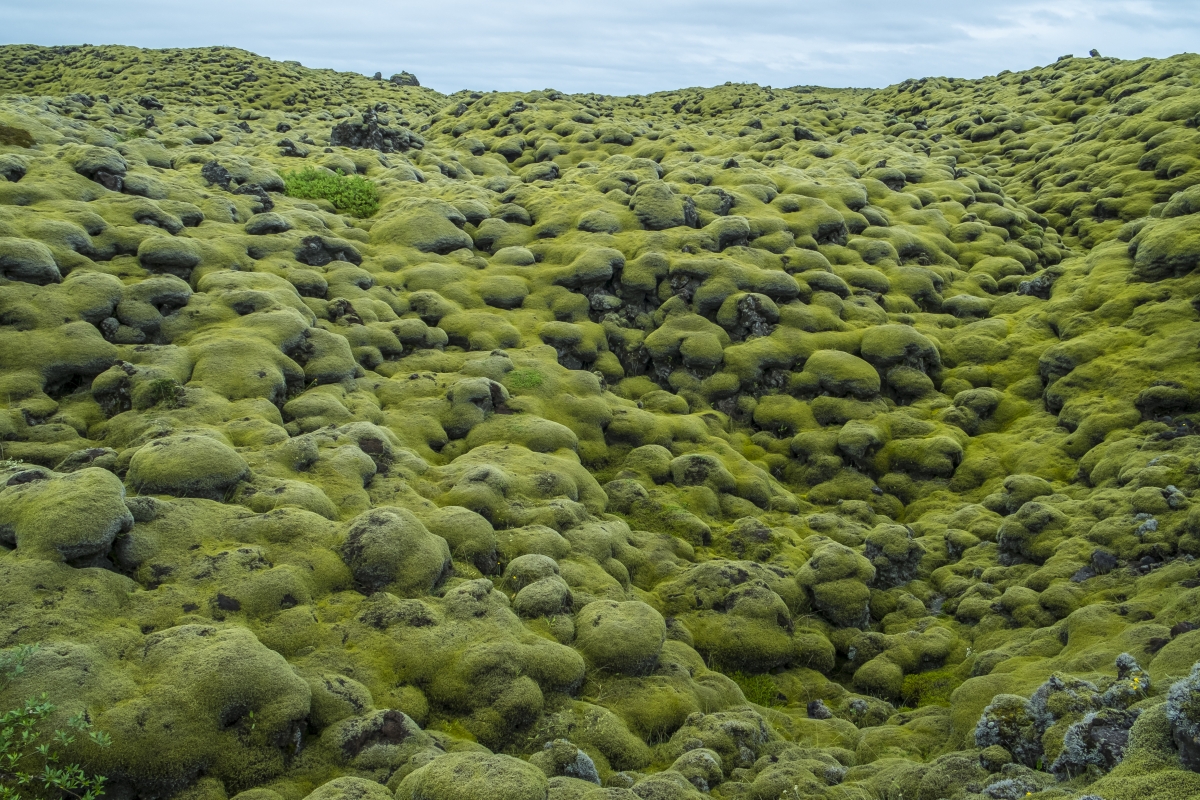 The volcanoes of Iceland are well recognized, and it is possible to see several of them as you travel across the country. The mossy lava fields of Iceland are also there, but most people don't pay much attention to them because of the glaciers and the steamy fumaroles.

They were scattered across the desolate terrain, lying lifeless in the gloomy fields. The age of the lava fields in Iceland varies. Some are very old, while others are very recently created.

The massive Eldhraun lava field ("Fire Lava"), the largest of its kind in the world, was formed by one of the largest known eruptions in history and is located in the southern Icelandic highlands. The Lakagigar craters were also formed as a result of this eruption.

Near the settlement of Kirkjubaejarklaustur, the original lava poured into the low-lying farmlands of Mealland along the Skaftá riverbed, where it is now covered with moss and twisted lava.

Iceland has more than 600 different species of moss, many of which can withstand the subzero temperatures that are frequent throughout the winter and flourish in the chilly, wet environment.

Care must be exercised when visiting the lava fields despite their toughness. To avoid harm, you must stick to the route or path.

The mossy lava field will retain the tire marks and damage for a very long time after being driven or walked on.

In Iceland, one of the most prevalent types of vegetation is moss. It is a distinctive feature of Iceland's lava fields and can be found growing in prodigious quantities throughout the mountainous terrain.

Over the Eldhraun Lava Field, on the southern coast of Iceland, you'll find one of the most breathtaking moss blankets.

A volcanic explosion that ranks among the most catastrophic in recorded history is responsible for creating the Eldhraun Lava Field.

In the span of eight months, between 1783 and 1784, the Laki fissure and the neighboring Grmsvotn volcano poured out an estimated 14 cubic kilometers of basalt lava and clouds of poisonous gases that contaminated the soil.

As a result, approximately fifty percent of Iceland's cattle and horses, as well as more than seventy-five percent of the country's sheep, perished as a result.

During that particular year, the farms produced no crop, while the ocean was completely devoid of fish.

A fourth of the human population of the island perished as a direct consequence of the starvation that it caused.

However, the repercussions of Laki's eruption were considerably more pervasive. The Northern Hemisphere's climate deteriorated in the years after the eruption.

The winter of 1784–1785 in North America was one of the coldest and longest on record.

The South was slammed by a significant snowstorm, New Orleans saw the Mississippi River freeze and reports of ice floes in the Gulf of Mexico.

The eruption's haze drifted eastward all the way to India, disrupting the monsoon circulation and causing drought and agricultural failures.

About one-sixth of Egypt's population perished in the famine that occurred in 1784 as a result of the eruption. Europe experienced the worst effects.

The winds blew from the southeast during the warmest summer on record in 1783 due to an unusual high-pressure zone over Iceland.

Tens of thousands of people died from the deadly cloud's inhalation as it blew across Europe. It resulted in almost 23,000 deaths just in Great Britain.

As the temperature rose, thunderstorms intensified, and enormous hailstones began to fall from the sky, injuring and killing animals.

Crop failures on an ongoing basis in France eventually led to poverty and famine, which in turn sparked the French Revolution of 1789–1799.

A Visit To Eldhraun Lava Field

Eldhraun's lava field is forbidden to walk on since it is unexpectedly delicate despite being covered in moss that took years to grow.

Stopping at one of the parking lots off Ring Road is the greatest option to take pictures and explore the area.

Under the supple green moss, sharp black lava rocks may be seen sticking out in undulating forms that appear to conceal more than they disclose.

It is not advisable to walk on the lava field because it has vast gaps and fissures and the lava rocks beneath the earth are dangerous owing to the unstable terrain.

The largest active volcano in Iceland displayed symptoms of reawakening between November and December 2017.

The locality is reportedly starting to smell more and more like sulfur, according to the nation's meteorological agency.

Under the glacier Raefajökull, which has Iceland's highest peak, is the volcano in question.

As the volcano has begun to exhibit activity for the first time in centuries, it is currently being closely monitored.

Hekla, the most notorious and nearby volcano in Iceland, has also been accumulating pressure for the past 20 years.

Respect The Nature At Eldhraun

Part of the renowned music video "I'll Show You" by Justin Bieber was shot in Eldhraun. Several people can be seen dancing in and trampling the moss in the footage.

The video has drawn harsh criticism from environmental professionals, who pointed out that the moss was seriously harmed.

Woolly fringe moss is a unique kind of moss that has grown on the Eldhraun lava field and craters. The moss is to blame for the landscape's otherworldly appearance.

Icelandic moss, on the other hand, grows slowly and takes roughly a century to mature.

If you intend to visit Eldhraun, heed this advice: don't step on or touch the moss. It will take decades for the moss to recover from injury.

A Reddit user SuperEnthusiastic shared some interesting information about Iceland, 'I think the climate is the main con. Wet and cold most of the year, hardly any sunlight for half the year. Also no trees, like at all. There are some in Reykjavik but hardly anywhere else."

Another user replied, "The lack of trees, and instead having moss fields, is what makes it interesting. It is wet and cold, but indoors are nice and warm thanks to geothermal heating."

Sankofa shared information about suitable conditions for moss growth, "Latitude plays a role, as well. Insufficient sunlight intensity for vitamin D production and all that."

Where Are The Lava Fields In Iceland?

One of the largest documented eruptions in history produced the enormous Eldhraun lava field ("Fire Lava"), the largest of its sort in the world, which is located in the southern Icelandic highlands. This eruption also produced the Lakagigar craters.

Are There Active Lava Fields In Iceland?

On March 19, 2021, the Icelandic Fagradalsfjall volcano began to erupt. It was active for six months. The spectacular crater and lava formations are still worth a visit even when the eruption has stopped.

Can You Walk On Iceland Moss?

Many of the plants in Iceland's fragile nature can't withstand being trampled. The moss that you observe on the lava fields all around the nation is one of such plants. The moss is readily harmed and may even become permanently ruined.

Eldhraun - the mossy lava fields of Iceland is still regarded as one of Iceland's top tourist attractions despite recent alterations.

Do you know how protective chain mail armor is?