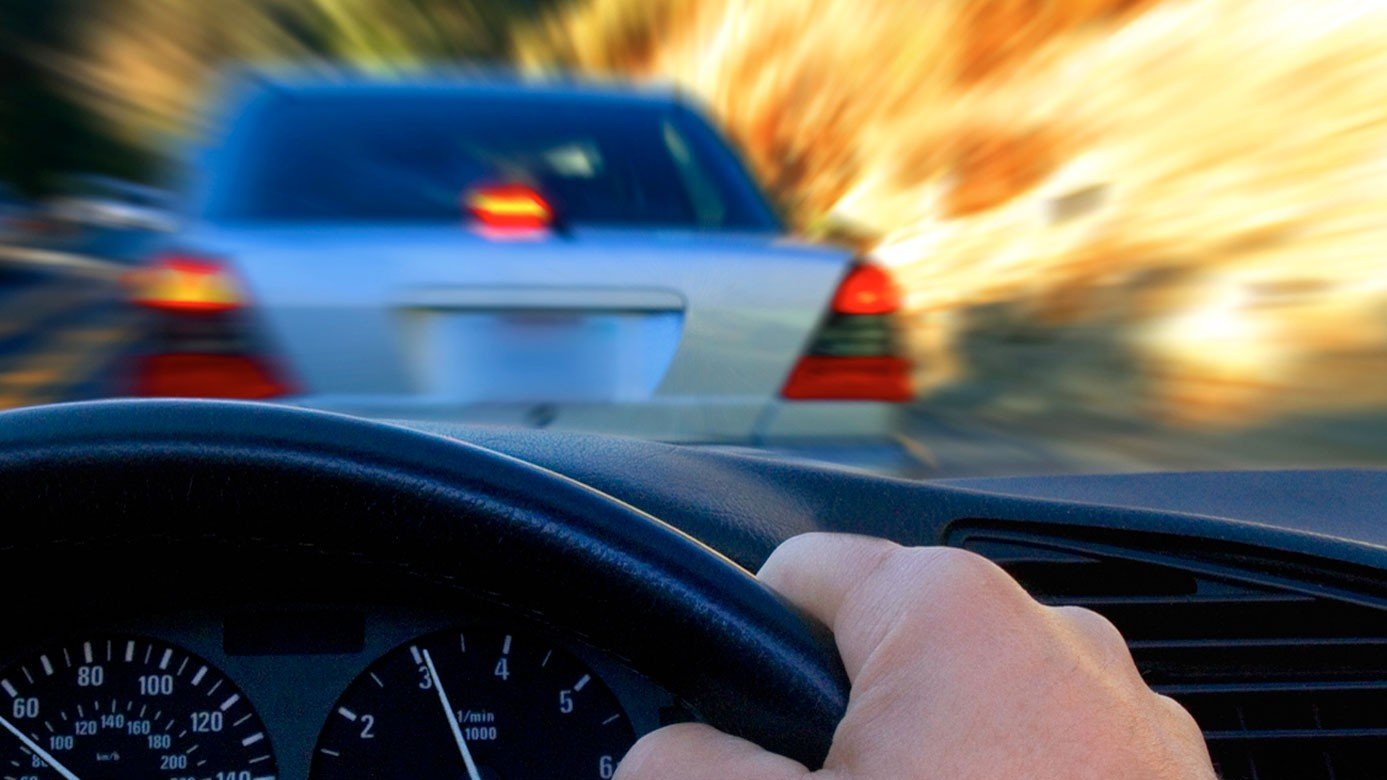 A video on Reddit with 33.2K upvotes has enraged netizens because of the crazy egoistic driver who thought he is in GTA. Like, really. Are you crazy, man? This idiot had a child in his car and did this thing. And this thing is brake checking.

And if you are not familiar with this term, keep reading because that will be discussed later.

Till then, check some of the funniest comments below on the Reddit video in which this idiot had a child in his car and did this thing.

User mmfighter871 jokingly commented, "Get your ass back in the car son" LOL!!

While Reddit user dadbodsupreme raised a good question, "It takes a special and unique kind of stupidity to risk pushing your own and your kid's off button in order to... What is the point exactly? Ego? Insurance scam? Unbridled mental sickness?"

What Is Brake Checking?

"Brake checking" is defined as when one driver purposefully applies the brakes, which in turn causes the car behind them to also apply their brakes or take other preventative measures.

The majority of the time, it is the result of road rage or aggressive driving, and it is not a technique that is permitted under the law.

It's also possible that insurance companies could be duped in this fashion.

If someone caused a car accident by brake checking, you may be able to hold that person responsible for your losses and get compensation.

Accidents involving brake checks often result in a variety of injuries, including but not limited to the following:

It is against the law to brake check because doing so constitutes a kind of aggressive driving or negligent driving.

It is usually advisable to pull over and let the other car pass rather to brake check them, despite the fact that tailgating is an annoying activity that is also against the law.

Again, performing a brake check increases the likelihood that you will be engaged in an accident with another vehicle coming from behind.

What's worse is that others might blame you for causing the disaster.

It is possible for you to receive compensation for your injuries even if you were partially responsible for the accident that caused them.

However, before proceeding, you should discuss the matter with a legal professional because the degree to which you were at fault is essential.

If you are involved in an accident in Illinois and are less than 51 percent responsible for it, you still have the right to seek compensation from the other driver.

To tailgate means to drive behind another vehicle in such a way as to leave insufficient space between the two vehicles to allow for a safe stopping distance in the event that the car in front of you suddenly comes to a halt.

While it is comprehensible that you would want to brake check the tailgater, no lawyer, police officer, or driving expert will ever recommend that you do so.

A brake check has the potential to induce a tailgater to ram into your vehicle or to wildly swerve, which could result in an accident involving a single automobile or multiple cars.

You may feel upset with tailgaters, but the solution is not to take action that could cause harm to others and lead to the tailgater's own death or injury.

Brake Checkers Are Sometimes Liable For Damages In Accidents

According to the comparative negligence laws of Texas, you may be held partially responsible for any injuries that occur as a result of another motorist's actions, even if you had no real reason to brake other than to aggravate that driver.

Both tailgating and monitoring brakes are examples of negligent driving since they demonstrate a willful disregard for the well-being of other motorists on the road.

It is possible that video evidence of the incident will be uploaded on the internet if you suddenly apply your brakes, causing a tailgater to behave even more dangerously, and resulting in an accident or a near-accident.

Your display of road rage could be seen by people all over the world, and others in the area could perhaps recognize your vehicle.

Today, a large number of drivers defend themselves from potential legal culpability by using dashcams, and some drivers even record instances of road rage and upload them to YouTube so that the entire world may watch them.

If you are found testing your brakes while driving, you might face up to two years in prison and an infinite fine in accordance with the Road Traffic Act of 1988. This law stipulates that brake checking is a kind of unsafe and careless driving.

What Does It Mean When Someone Says Brake Check?

Brake check means when a driver purposely applies their brakes in an effort to induce another driver, who the first driver typically believes is tailgating them, to move further away from them.

Is Brake Checking Legal In US?

Brake checking is forbidden in the US. It is the deliberate act of creating a situation in which drivers behind you are forced to either suddenly brake or swerve in order to avoid a collision.

A brake check is against the law in the UK and extremely risky to perform. This reckless driving could not only end in an accident that causes significant injury or death, but it could also have a negative financial impact on you if your vehicle is damaged and your insurance rate goes up as a result of the accident.

Have you watched this Reddit video in which this idiot had a child in his car and did this thing (brake checking) in his road rage? Such a stupid act.

Do you know the issues with driving in Manchester?