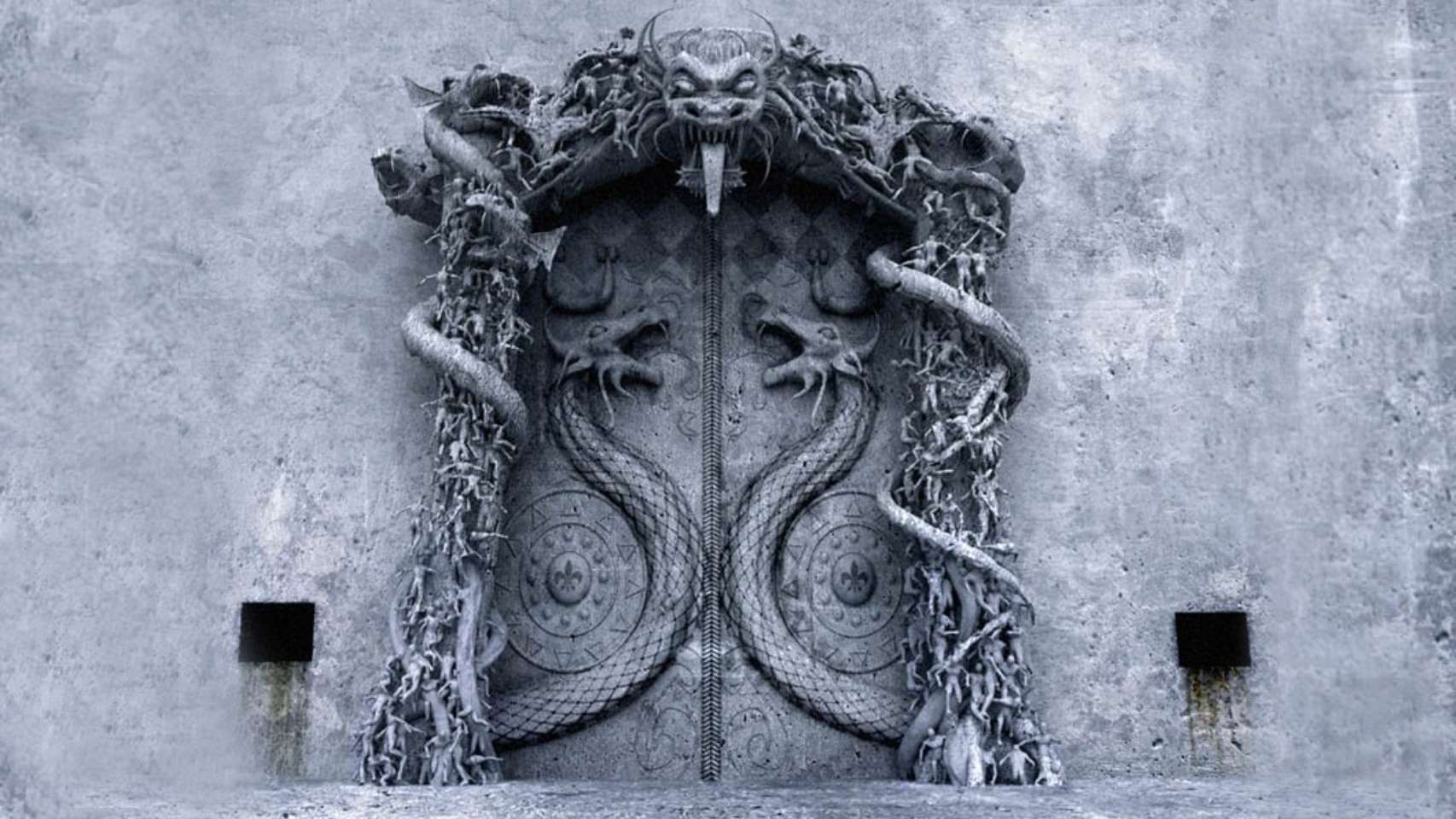 It is said that the vault B doors of Padmanabhaswamy temple in India are never opened due to the curse. Let's dig into this and learn the truth about the wealthiest temple in the world.

Has Vault B Of Padmanabhaswamy Temple Opened?

At the temple, there are six vaults and perhaps secret chambers, and the value of the valuables in these chambers and temple is estimated to be one trillion dollars.

Vault B is one of those vaults. Vault B was not opened despite the fact that the contents of the other five vaults were examined and documented by a team that was assigned by the Indian court.

Why Is Vault B Of Padmanabhaswamy Temple Not Opened?

The royal family of Travancore, who was in charge of managing the temple at one time, asserts that this specific vault is under the influence of a magical curse, and that to open it would be tantamount to asking for a catastrophe to befall the state.

Even though the decision to open the vault was a corollary, the main focus of the lawsuit that is currently being heard in the Supreme Court is on the administrative powers that the royal family has over the temple.

The highest court in India will rule whether or not the ownership, control, and management of the property belong to the former royal family of Travancore, or whether or if a Devaswom board, which is mostly controlled by the government of Kerala, should be constituted instead.

The things that you need to know about the case, the vault, and the myths that are related to it are as follows.

The Six Vaults That Make Up The Temple

Beginning in 2011, the five vaults within the temple were opened, and a committee of knowledgeable individuals has since recorded the inventory.

The five vaults contained a massive hoard of treasure, including gold, silver, diamonds, and several other valuable stones that had been fashioned into various objects, such as idols, coins, ornaments, and vessels.

The very last vault that has not been opened yet is designated as Vault B.

The royal family asserted that there was a supernatural curse connected to the main chamber of the vault, therefore they only opened the anterooms of the vault when they were searching for the treasure.

In spite of the fact that its contents are still a mystery, historians believe that the temple amassed a vast amount of wealth during the reign of the Travancore king, and those treasures are likely to be locked up in this vault.

A columnist named Malayinkil Gopalakrishnan, who is quite knowledgeable about the history of Travancore, had stated in the past that a significant portion of the treasures were either offerings, punishments, or donations made by rulers of Travancore and other states.

In addition to this, he brought to light the fact that King Marthandavarma of Travancore, who held direct authority over the temple, had collected an enormous fortune as a result of his victories.

Keeping this in mind, we embarked on a mission to unearth some information regarding this old temple, which is mentioned in the holy scripture and had been extolled by devout individuals who had trod the land of India a very long time ago.

The shrine is one of the most revered abodes of the Hindu deity Maha Vishnu; the reason for this is that the God resides in Anantha Shaiya (in supine position on the giant serpent Shesha) with a lotus attached by its stem to the Lord's navel, and Lord Bramha sits atop the divine flower.

The shrine There are also two of Sri Vishnu's consorts, Sri Devi and Bhu Devi, present in the sanctum sanctorum, which is an extremely unusual sight.

The secret vaults were opened after a great deal of toil and labor, and the treasures that were found inside were beyond anyone's wildest dreams. There were bags full of ancient gold coins, diamonds, and gemstones, as well as incredibly heavy and enormous gold and diamond necklaces.

Despite the committee's best efforts, Vault B's portals remained closed and shut during the whole investigation of the temple.

The Bharatakkon Kallara, also known as vault B, is the one that is thought to have the strongest connections to God Padmanabhaswamy out of the six vaults.

The governing family, the priests of the temple, and the Vedic academics all believe that any attempt to uncover the vaults will bring about bad outcomes.

The untimely passing of Sundarajan, the petitioner, exactly one month after the doors were opened provided further support for the aforementioned belief.

Another observer's mother passed away as a direct result of the curse's effects on the town.

It is said that in the 1930s, a group of temple invaders attempted to steal possessions from Vault B.

However, they were unsuccessful in their nefarious objective as a result of the enormous and toxic snakes that appeared in their path out of nowhere. This is the subject of a legend.

What Will Happen If Vault B Is Opened?

During the reign of King Marthanda Varma, ancient sages of great stature had sealed the gates with Naga Paasam mantras, often known as the "serpent noose."

Removing the Naga Paasam by the correct recitation of the Garuda mantra is a task that can only be accomplished by a wise person or a saint of exceptional stature, not any commoner can do this.

That is why they think if commoners even try to do that they will suffer from great loss.

In point of fact, the entrance to Chamber B is protected by not just one but two antechambers in addition to the main door.

The third and final door is known as the inviolable door, and it is protected by enormous serpents, the gods, an enticing and fiery female vampire known as Kanjirottu Yakshi, and other supernatural forces.

The terrifying door to Vault B features Yakshi and serpent images to convey a sense of impending peril to anyone who dares to open it.

Roughly a hundred years ago, when the local community was struggling to overcome a severe famine, the administrators of the temple attempted to unlock the chamber in order to make use of the treasure that was locked away behind the doors.

However, when they heard the sound of crashing ocean waves coming from behind the door, they retreated and decided against continuing with their plan.

Since that time, the chamber has been thought to be linked to the Arabian Sea, and it has been speculated that any attempt to use contemporary technology to open the door will result in widespread and catastrophic damage throughout the state, particularly in Kerala.

The reverend Uthradom Thirunal Marthanda Varma, who was the head of the royal dynasty of Travancore back when it was still a kingdom, was one of the people who had complete knowledge of what was concealed behind that door.

On the other hand, he has permanently pressed his lips together.

Isn't the story about the Sri Padmanabhaswamy Temple the most wondrous of all stories?

On Reddit a person raised a really good question, "I've seen this picture used a lot to depict the vault. I think it's an artist's impression or a repurposed picture. I don't believe a photo exists of the real vault possibly due to photography being banned inside the temple?"

It is thought that it is an artistic version of this temple's door but according to a source, it does have some cobra impressions on it.

Do you know that this temple is made of gold? Well, the really good answer to this question is by Neither_Indication_1, "It’s granite, plated with heavy gold. There are quite a few gold temples in India ( golden temple in amritsar, kashi wishwanath temple etc ) using thousands of kilograms of gold."

Will Vault B Ever Be Opened?

Due to the fact that the royal family and the temple thantri have not altered their position, it is extremely improbable that the vault will be opened. The temple is going to have a brand new administrative committee with five members, and the thantri and a member of the royal family will both be on the committee.

What Is Behind Vault B Of Padmanabhaswamy Temple?

No one knows what is inside the Vault B. There are three entrances to Vault B. The material used to construct one door is wood, whereas the other is iron. The final door, on the other hand, is not just peculiar but also very, very strange. The door is made of iron, yet there is no lock on it at all. Instead, it features an engraving of two huge snakes protecting the entry.

How Many Vaults Are Opened In Padmanabhaswamy Temple?

I hope now you know the truth behind this news that the vault B doors of Padmanabhaswamy temple in India are never opened due to the curse.

Have you heard about the mystery of the killer Stephen McDaniel kept his body eerily still during interrogation?