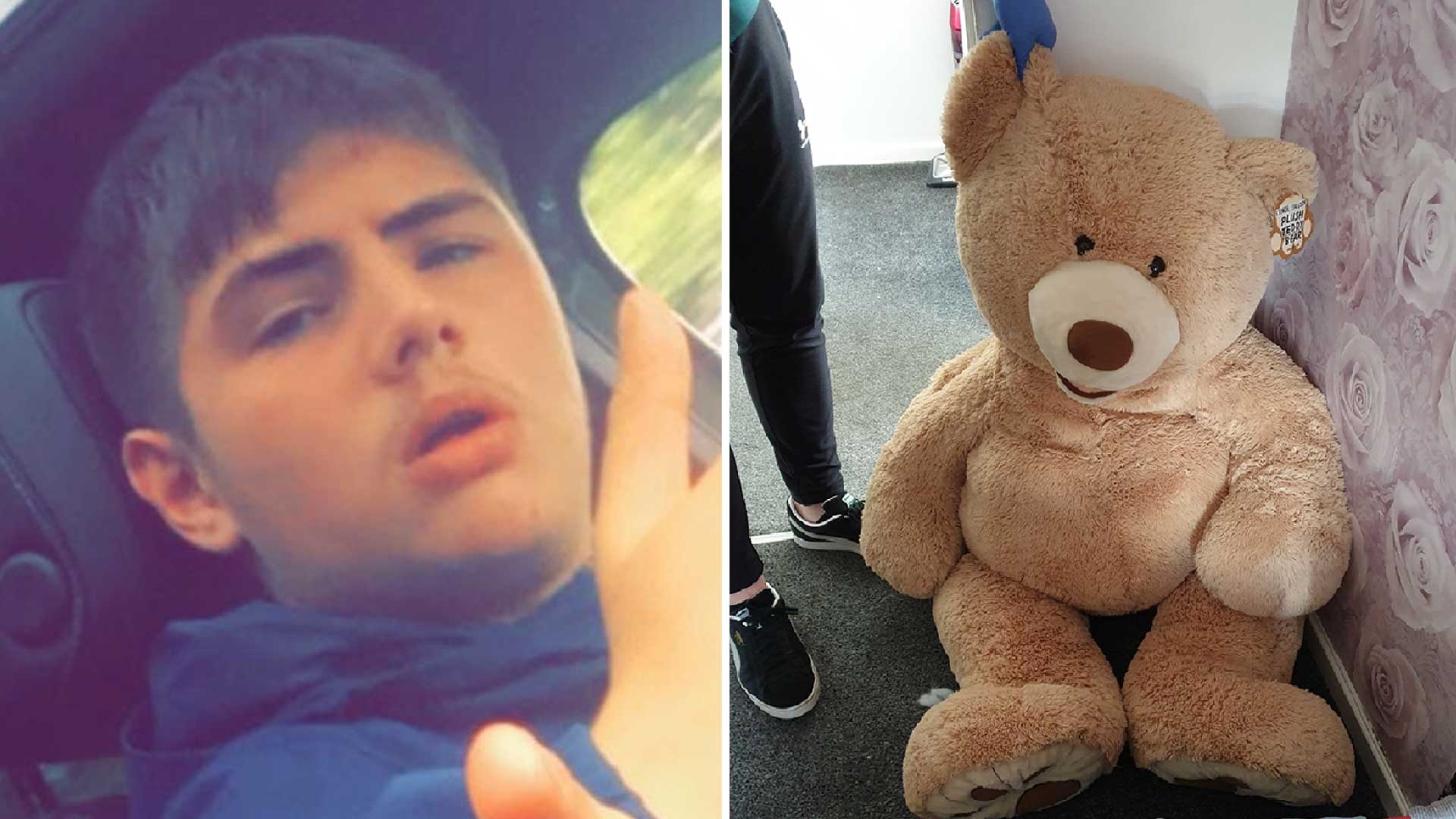 A wanted man was arrested by police after huge teddy bear found 'breathing'. When did this happen? It happened on July, 2022.

Police have been looking for Joshua Dobson of Rochdale, Greater Manchester, since May after he stole a car and then filled it up at a gas station without paying.

When police arrived at the 18-year-old's home last month to make an arrest, they found a giant teddy bear that didn't appear to be wholly inert.

So, that wanted man was arrested by police after huge teddy bear found 'breathing'. No prizes for guessing who was stuffed inside the bear, folks. 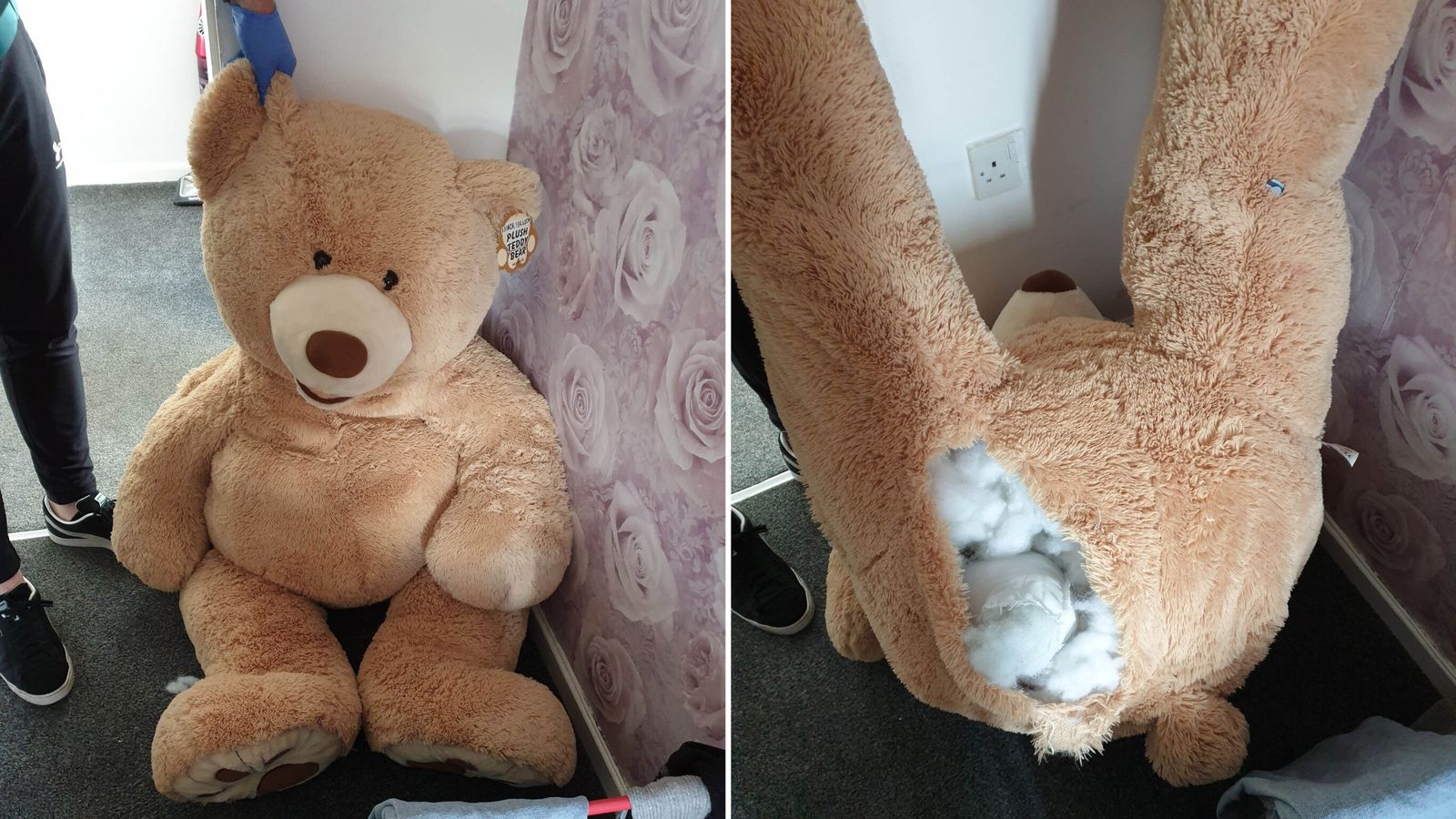 Brown teddy bear on the ground; Ripped section view of the teddy bear

The auto thief has now been given a nine-month prison term. GMP Rochdale of Greater Manchester stated on Facebook:

"A wanted car thief who tried using a teddy bear to hide from our neighbourhood cops out looking for him last month has been put behind bars for nine months."

"Joshua Dobson (18), from the Spotland area of the town, was sought by us after stealing a car in May and not paying for fuel that same day."

"When we went to arrest him, our officers noticed a large bear breathing inside the address before finding Dobson hidden inside."

The force then made a few puns at the thief, who was obviously relieved that his daring concealing attempt had failed.

The message went on to say:

"He's now stuffed behind bars after being sentenced last week for theft of a motor vehicle, driving while disqualified, and making off from a petrol station without payment."

"Our neighbourhood task force and divisional tasking team in #Rochdale could bearly believe what they stumbled across last month in search for a wanted man..."

Last Friday, August 5, 2022, at Manchester Magistrates' Court, Joshua Dobson of Airhill Terrace, Rochdale, was given a cumulative term of 32 weeks in jail for a number of offenses.

"Hopefully he has a bearable time inside..."

And if you still think that's a bit much, just read the comments from the neighborhood to see how little the police actually did.

One commenter remarked, "He will only have the bear necessities whilst in jail."

Another said, "Omg I had to check the date.. should have saved this for 1st April.

"I bearlieve he will be enjoying his marmalade sandwiches for the next 9 months."

"Apprehended by officers on paw patrol." a third person remarked.

The fourth one added: "The bear faced cheek of it."

And another person made the somewhat legitimate argument that even if the bear is large, it doesn't look to be human-sized, so how could the burglar fit in there?

It seems pretty unbelievable, but on the other hand, criminals can be cunning and the police are reliable. At least that's what you're taught, so you have to cope with it being true.

But, thank God that wanted man was arrested by police after huge teddy bear found 'breathing'.