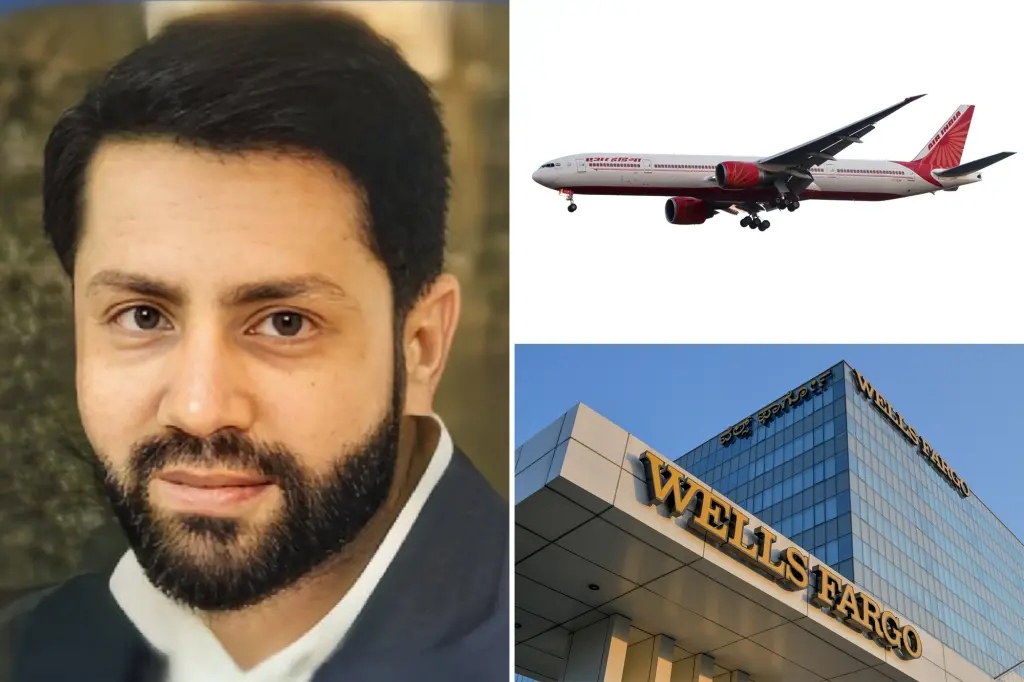 Wells Fargo executive fired for urinating on plane passenger. Indian authorities arrested the former senior banking executive after it was said that he peed on a passenger on an Air India flight in November.

Accusations against Shankar Mishra, who at the time was vice president of Wells Fargo's Indian division, include sexual harassment, obscenity, and insulting a woman's modesty. So, the Wells Fargo executive was fired for urinating on a plane passenger.

Mishra has requested bail, and a hearing for that request has been scheduled for January 11, 2023. He will remain in custody for 14 days while police continue their investigation.

On November 26, the initial incident took place on board an Air India flight from JFK Airport to New Delhi. An unknown business class passenger, later named Mishra, rose up intoxicatedly and urinated on a 72-year-old woman in the seat in front of him.

Even though she didn't know who she was, the woman quickly told the flight crew what had happened and asked for her seat to be moved. She was denied seating in first class, which had some open seats, by the crew, who said there were no other seats available.

Instead, the crew allowed the woman to sit on a crew seat for two hours while they worked to clean it; however, the woman later complained that the seat was still damp and "reeked of urine." She urged the cops to detain the intoxicated passenger and refused to sit in the seat.

Despite the woman's demand that she not see or communicate with him, Mishra woke up and insisted that they speak. He begged the woman not to file a complaint as he "started crying and repeatedly apologized" to her.

According to the woman, it was challenging to insist on filing a police report "in the face of his pleading and begging in front of me, and my own shock and trauma."

After first accepting payment from Mishra for her shoes and clothing, the woman later returned them, telling him she did not want his money. She then took legal action and made a formal complaint.

In the wake of the event, Air India de-staffed four flight attendants and the involved pilot while the company conducted a comprehensive internal inquiry. For allowing Mishra to depart with no consequences, the crew has come under heavy fire.

Wells Fargo fired Mishra after discovering his involvement and referred to the event as "very distressing." Mishra then fled, evading capture since early December.

After a 72-year-old woman complained in writing to Air India's management about the incident that happened in November, Shankar Mishra, who served as vice president of the bank's India operations, was fired from his position.