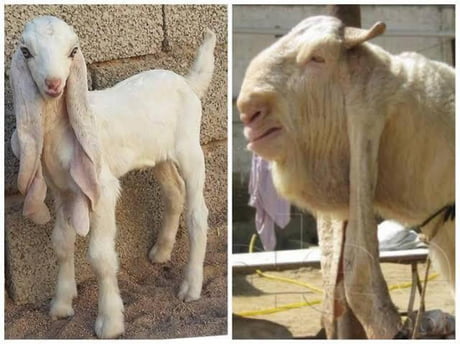 A post on social media about young and old versions of Damascus goats went viral because it shows the ULTIMATE transformation of a goat. That is how a cute-looking goat is changed into a bulgy-weird-looking goat.

This goat breed, despite the fact that we do not like to refer to our four-legged friends as "ugly," has some extremely odd qualities. 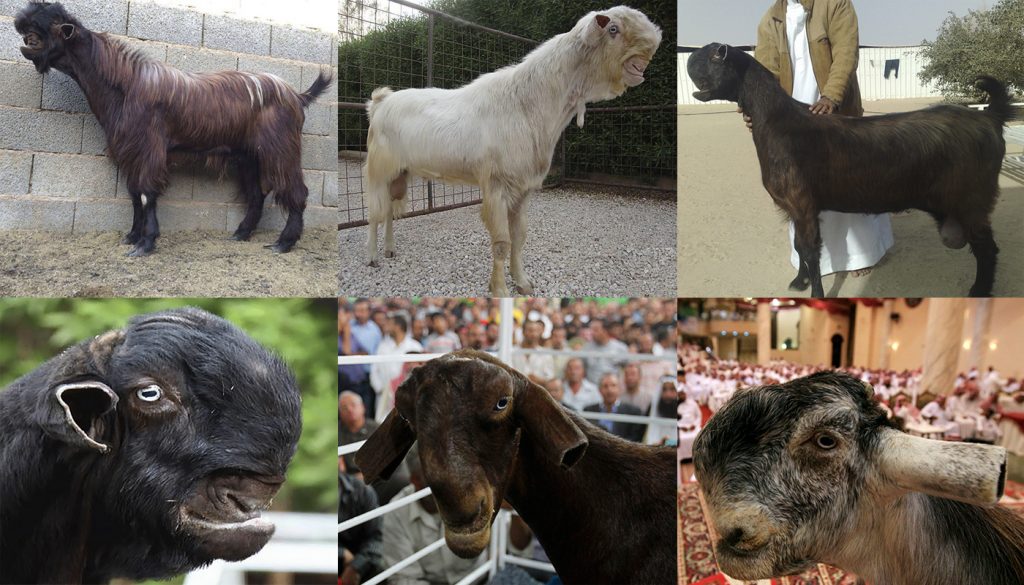 The Damascus goat, also known as the Aleppo goat, the Halep goat, the Baladi goat, the Damascene goat, the Shami goat, or the Chami goat, is a breed of goat.

Its origins may be traced back to Middle Eastern nations such as Syria, and it was brought to Cyprus by the British, where its attributes were increased via breeding.

It is an excellent producer of both milk and meat, and as a result, the Food and Agriculture Organization of the United Nations has given it a high priority. 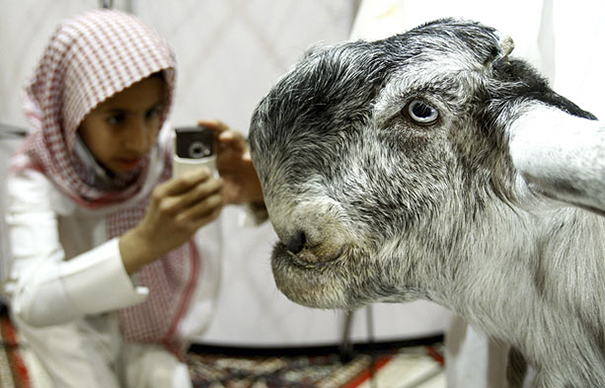 Those who believe that beauty pageants are solely for humans may be astonished to learn that there are beauty contests for camels, badgers, cats, and even goats competing in various competitions.

And, although most of the participants who attend pageants are breathtakingly stunning, goats are prized for a different type of beauty. And you will understand this after looking at the young and old versions of Damascus goats.

The Damascus goat beauty contest, conducted in Saudi Arabia, awards prizes to billies known as Damascus goats, who are also regarded as the 'World's Ugliest Animals' on the internet.

On June 13, 2008, a Damascus goat named Qahr took home the top award at the Mazayen al-Maaz competition in Riyadh, Saudi Arabia, for the title of "Most Beautiful Goat."

And people are even enjoying this thing in the most humorous way.

"That little guy went from Pokémon to Star Wars in a single life."

"I was gonna say this reminds me of how I never wanted to evolve my dragonair into dragonite."

Damascus goats are born with extraordinarily long, flowing ears that are a striking feature. Their features are really more normal-shaped when they are young animals, which is fortunate since they require normal-shaped faces in order to suckle from their mother. It is only later in life that they begin to appear as if they had walked into a door.

Benefits Of Damascus Goat In The Industries

The Damascus goat is mostly utilized for milk production, although it is also capable of producing leather and meat in high quantities.

They Are Incredibly Costly

In any case, these highly uncommon goat breeds have become incredibly costly, with some goat aficionados estimating that their price might reach as high as 67,500 USD.

That there is such a contrast in appearance between these strange animals when they are young and when they are adults is very amazing to witness.

What these young and old versions of Damascus goats at first appear to be really attractive goats with extremely long ears gradually transforms into a monster with protruding noses that may scare a large number of people away.