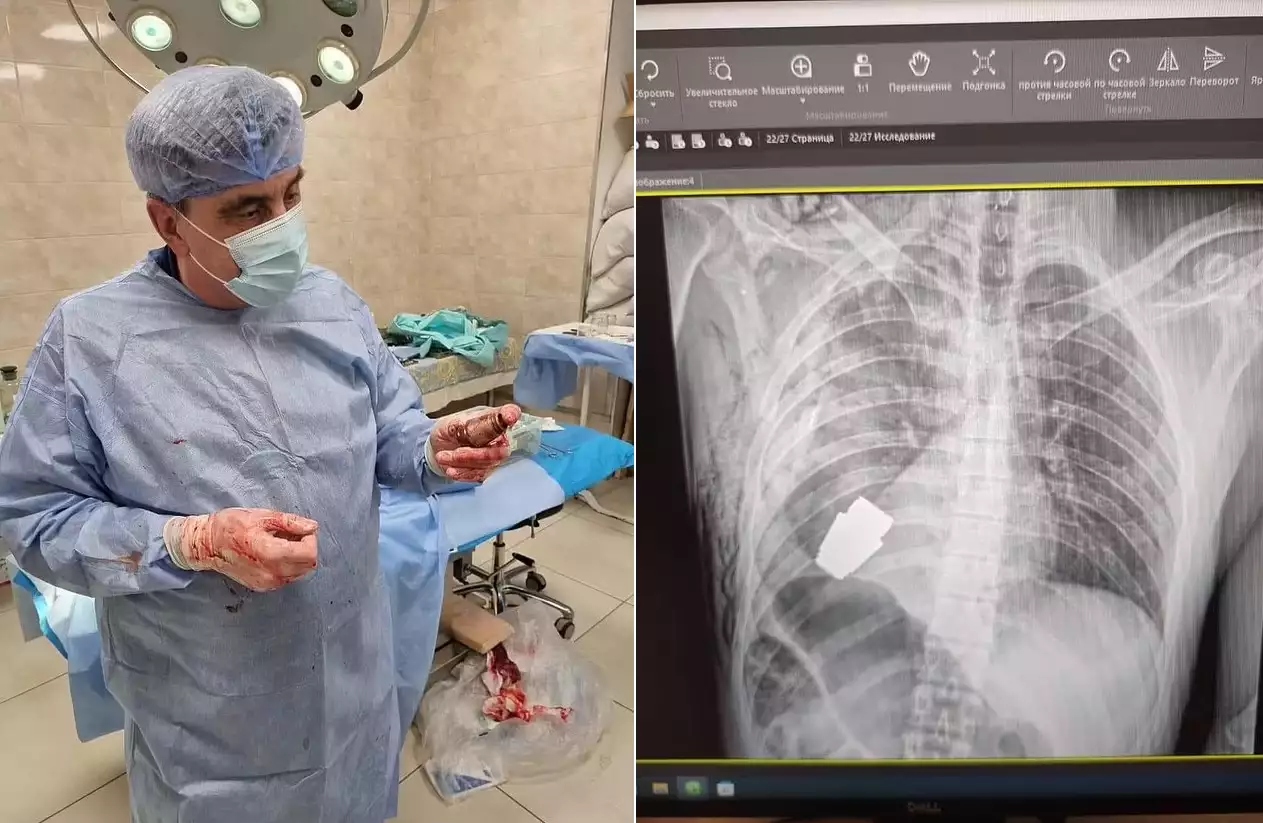 Soon, it will have been a year since Vladimir Putin started what he called a "special military operation" but was clearly an invasion of Ukraine.

Putin had hoped that Russia would win quickly, but his forces got bogged down and were unable to overpower the Ukrainian army.

The war isn't going to end soon, but as it goes on, the Ukrainian people are paying a terrible price. In order to defeat the Russians and drive Putin's soldiers out of their country entirely, Ukrainian forces continue to battle and die every day.

One soldier who will be able to do that recently narrowly avoided death when a live grenade got stuck in his chest and required surgery to remove the explosive, even though it was ready to detonate at any second. But, a fearless surgeon removes live grenade from Ukrainian soldier's body.

The Ukrainian military honored Major-General Andriy Verba, one of their most skilled surgeons, by sharing this amazing medical accomplishment.

They added that a couple of sappers who oversaw the process helped the skilled surgeon in his efforts to keep both surgeon and patient as safe as possible when working with a live grenade.

A VOG grenade is the name of the explosive round used in this scenario, which is intended to be launched from a grenade launcher.

The same explosive was buried in the body of a Ukrainian soldier, and after a successful operation, he was taken away to get more care and get better.

More than ten months after the Russian invasion began, the international community still strongly backs Ukraine. They continue to help the country with aid and have helped millions of people who fled the fighting find homes.

The struggle rages on in the interim, with no apparent resolution in sight.

In order to save the soldier's life, a fearless surgeon removes live grenade from Ukrainian soldier's body before it exploded.

An X-ray photo released by the Ukrainian military shows exactly where the grenade got stuck in the soldier's chest.

The soldier was transferred to rehabilitation for recovery after the procedure went well. Andriy Verba, a surgeon, was seen clutching the bomb, which the Ukrainian military claimed could have "detonated at any time."