Funny Car Moments That Happens To The Best Of Us 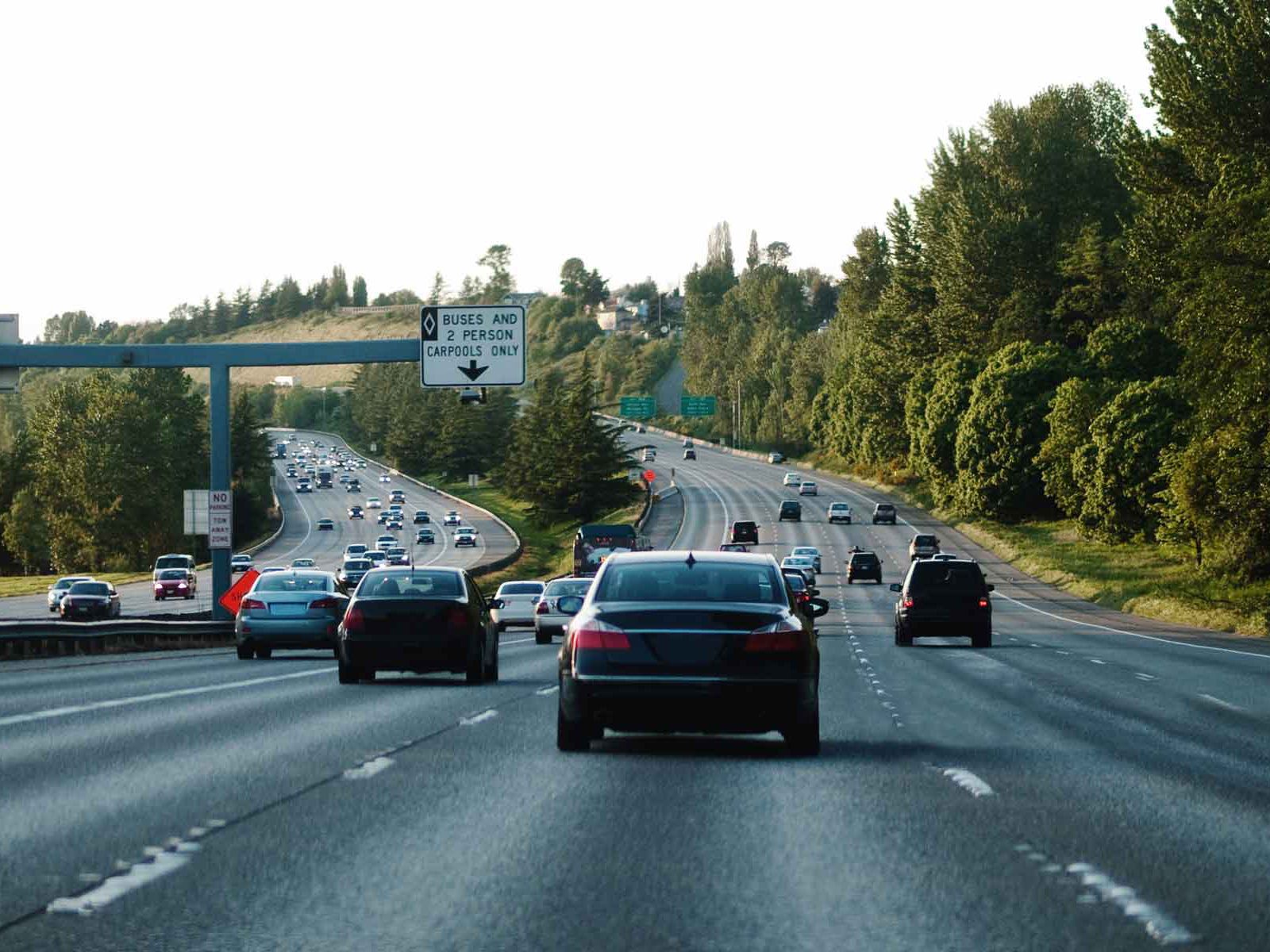 When the news is full of doom and gloom, we all need a pick-me-up, and what better way to improve everyone's spirits than to giggle at some humiliating, awkward, and amusing driving incidents that may or may not happens to the best of us! We reached out to you beautiful bunch on social media and asked you to give us all your strange and fantastic driving experiences for us to giggle at – and you did not disappoint.

Every now and again, an automobile accident photo takes us off a surprise. Here are some photographs of the funniest and scariest traffic accidents caused by drivers who were just not paying attention.

It Happens To The Best Of Us

This video was posted by a Reddit user named KaamDeveloper will surely bring us a laugh on this funny driving failure with a caption that says, "happens to the best of us".

Another ordinary day and another funny road moment. The person in the car behind the black car on the video showed us funny footage of how a cup of coffee on the roof of the car was spilled because the driver forgot to take the drink inside the car. The coffee spilled on the back of the car and the cup of coffee fell right off the road.

In the comment section on the said thread, a user commented that "At least it was just coffee - we've all had the mild horror of 'where is my phone' half a mile after setting off..." And it doesn't stop there. Some said that they also left their company laptop, and their wallets and someone said that she knows a person who almost did the same thing but instead of her coffee, she left her baby, luckily she remembers the baby after she close the door of the car. Just like this funny skit from Jackass.

Jimmy Fallon is back at it. Jimmy recently encouraged his followers to report their craziest automobile blunders in his #Hashtags segment. And, boy, did Buick give. I believe it is reasonable to assume that all drivers want to forget their awful excursions to the mechanic as soon as possible, but when there is a possibility to get fleeting TV and online fame... They tweet their hilarious mishaps to Jimmy Fallon for the entire world to witness. 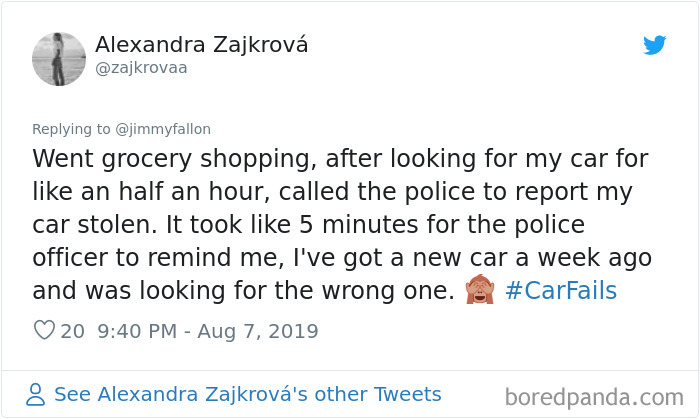 Alexandra Zajkrova tweeted that he was looking for the wrong car

This hilarious tweet from Alexandra Zajkrova where she went grocery shopping and forgot that she has a new car and reported that her car was stolen and then remembered after five minutes of calling the cop that she was looking for the wrong car as she used her new one.

Never Forget Which Fuel To Use 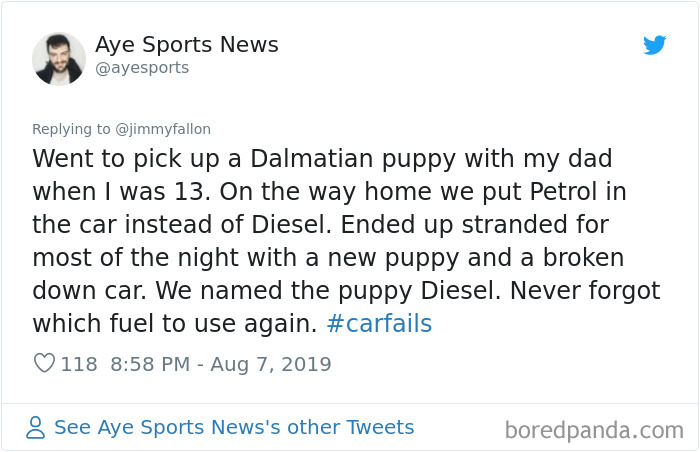 Ayesports tweets never forget to use which fuel

This tweet from @ayesports may or may not happen to the best of us, it is using the wrong fuel to put in the car. The user never forgot this funny moment when he picked up his Dalmatian puppy with his dad and on their way home, his dad put petrol on the car instead of diesel and they ended up stranded for the night with a new puppy and broken car. He ended up naming the puppy 'Diesel' to remind them which fuel to use.

Remember To Lock The Car 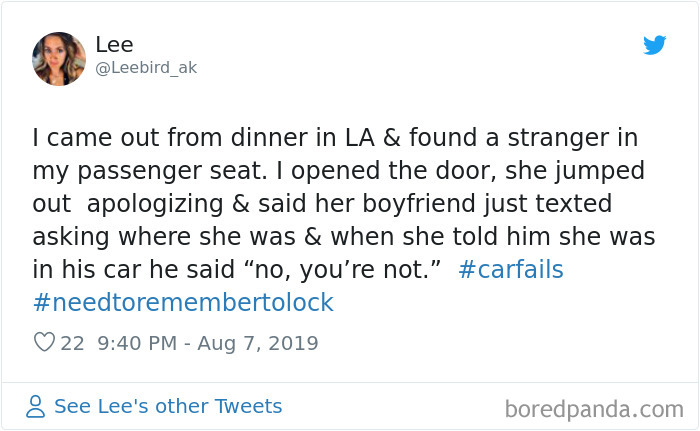 Where Are My Car Keys?

This tweet by @K1NOM3D happens to the best of us when we forgot where we put the key. He once thought that he locked his keys inside the car and that he had to smash the back window of his car just to get in. He found the keys not in his car but inside his back pocket.

It happens to the best of us where once in our life we made funny car or road mistakes that will make people laugh, annoyed, and embarrassed. We can not deny the fact that we were once these people and we will have funny moments like them and we will either talk about it or will try to forget it as it was really embarrassing for us to tell.