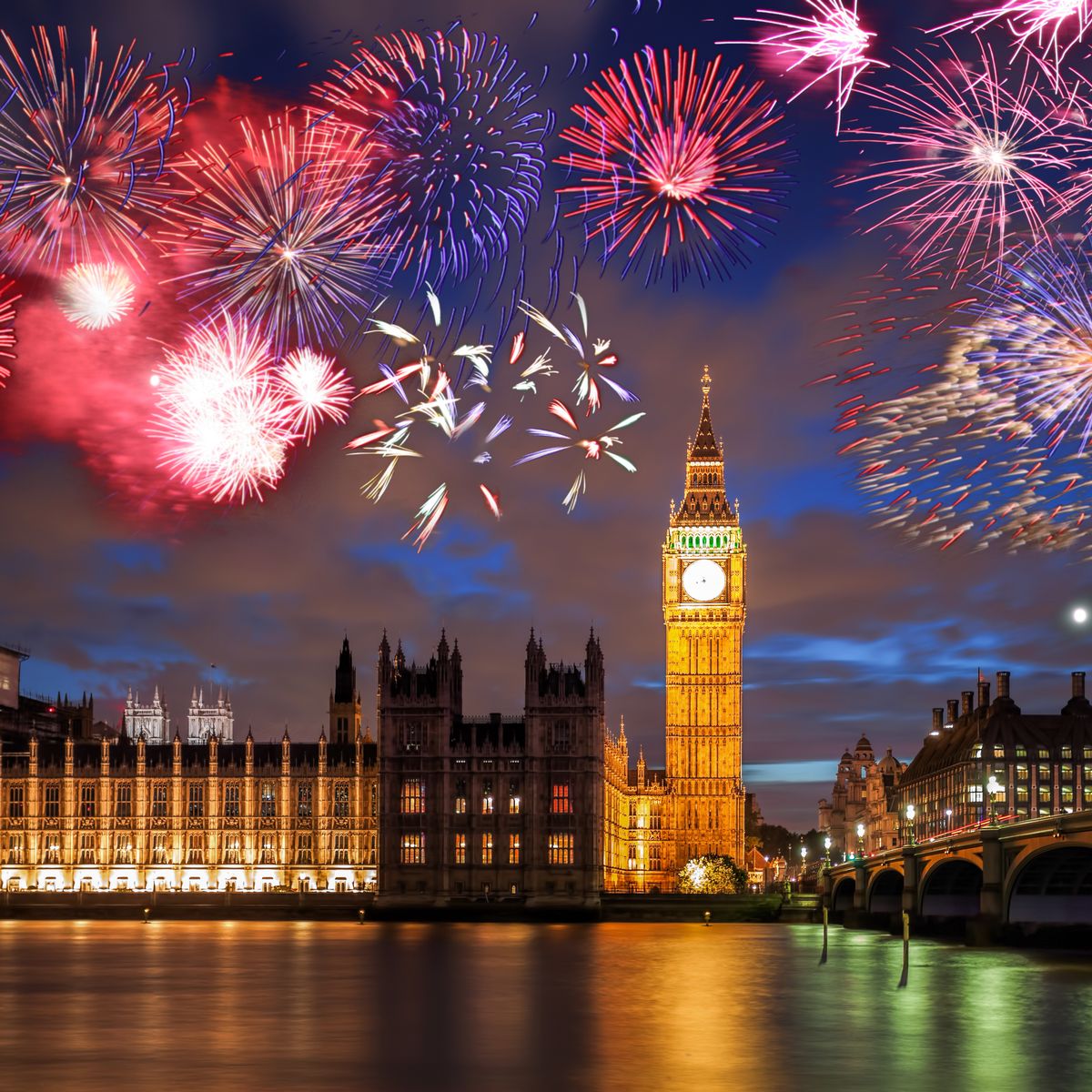 Many countries show off their beautiful fireworks displays to welcome 2023. But there is one country where people think the fireworks are the most meaningful. London shows its support for Ukraine in the "New Year" spectacular fireworks display, which truly melts and touches people's hearts.

Drones were used to honor the late Queen Elizabeth II. The show included a recording of her voice and words from Dame Judi Dench. The fireworks were also a tribute to England's win at Euro 2022 and a sign of support for Ukraine. You can get an idea of what we're talking about from this video:

Of course, at a time when we all look back on the previous year, it felt equally important to assess what is still happening in Ukraine. Soon after the bells for 2023 rang, there were reports of artillery explosions, a clear reminder that the Russian invasion is far from over and that those who are still in the nation may have to endure much more conflict before this is all over.

The Ukrainian winning entry for the Eurovision song contest, "Stefania," performed for enormous crowds during the spectacular New Year's Eve extravaganza in the British capital as part of a significant show of solidarity. The song is especially significant because it was decided that this year's competition will be held in Liverpool rather than Ukraine after Kalush Orchestra won the top prize. Interestingly, the colors of the Ukrainian flag were also used to illuminate the London Eye.

The tribute, along with others from around the world, showed that the Ukrainian people's plight has not been forgotten and that more needs to be done to hopefully end the fighting in 2023. Many people online talked about the "huge" show of unity with the Ukrainians who are in trouble.

One person wrote in a comment: "Can we please talk about this part from the London fireworks?? Sobbing." Another said: "London just gave a nod to Ukraine in their new years fireworks, absolutely beautiful. Slava Ukraine." A third person wrote: "A beautiful show of support and solidarity with Ukraine in London's new year's firework display."

2023 NYE Celebrations Across The Globe

Watch how the globe celebrates the arrival of 2023, from breathtaking fireworks surrounding the Burj Khalifa in Dubai to wild applause taking over Time Square in New York.

Ukrainian President Volodymyr Zelenkskyy, in his New Year's speech to the Russian people, accused his Russian counterpart Vladimir Putin of "hiding" behind his people and vowed that Russia will lose the war and show no mercy to the "terrorist state." What he actually stated was:

Thank you to everyone who protects Ukraine! Thanks to everyone who is now on the front line! And what will be with all of you, citizens of Russia, does not concern him. Your leader wants to show that he has the troops behind him and that he is ahead. But he is just hiding. He hides behind the troops, behind missiles, behind the walls of his residences and palaces.

However, in a nine-minute message, Putin criticized the west and said that Russia is involved in a "special military operation" to protect its "motherland." In his New Year's address to the country, President Vladimir Putin said that the West was being aggressive and trying to use the conflict in Ukraine to hurt Moscow.

Putin's video address was shown on state TV in all of Russia's 11 time zones on Saturday. He did it from a military headquarters with soldiers in the background, which was a big change from the past when he would record the message in front of a snowy Kremlin. Putin said:

It was a year of difficult, necessary decisions, the most important steps toward gaining full sovereignty of Russia and powerful consolidation of our society. The West lied about peace, but was preparing for aggression, and today it admits it openly, no longer embarrassed. And they cynically use Ukraine and its people to weaken and split Russia

"We have never allowed anyone and will not allow anyone to do this," he added. At the very least, let us hope that 2023 marks the end of this dispute and prevents it from escalating. On the other hand, the display reappeared for the first time since 2020 when the coronavirus pandemic caused its cancellation.