The Days Of Our Lives Stars - Tragedy Encountered Behind The Camera 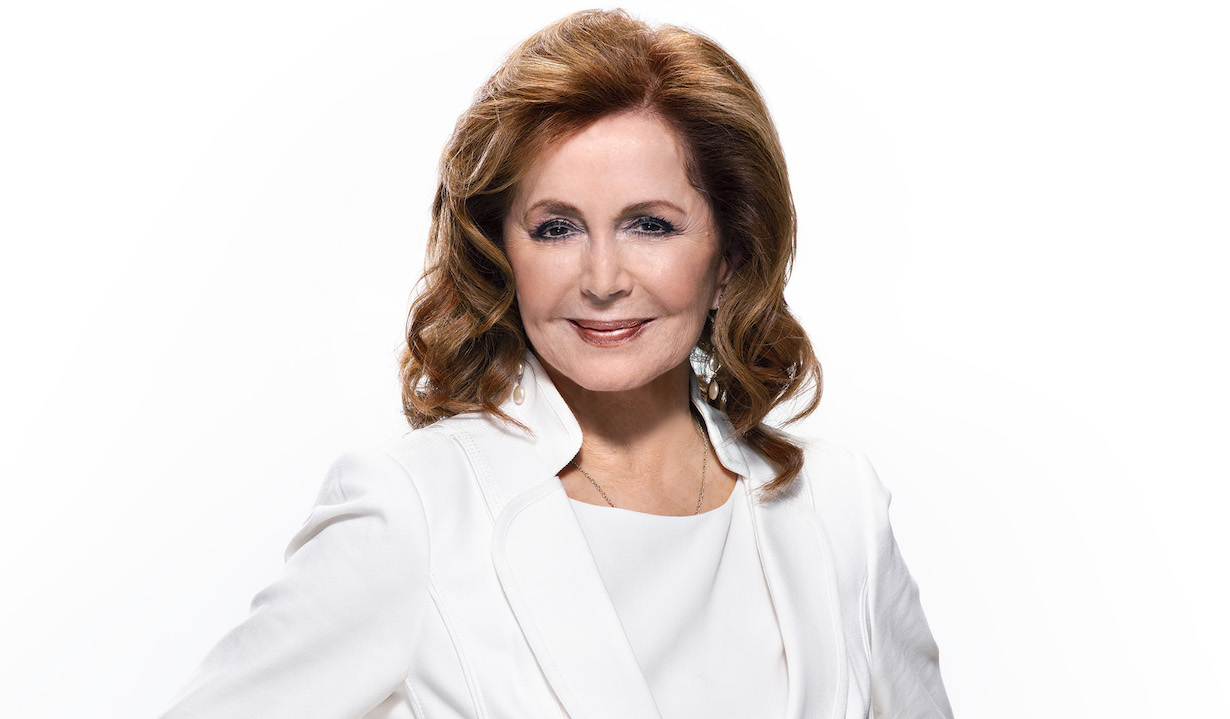 The days of our lives stars - NBC is a network that airs the daytime soap opera "The Days of Our Lives," which is produced in the United States. It has been broadcast nearly every weekday since November 8, 1965, making it one of the programs with the longest-running times among scripted television shows anywhere on the globe.

The artists from "The Days of Our Lives" have had many of the same problems as their characters on the show. In this article, you will see what they had been through off-screen. 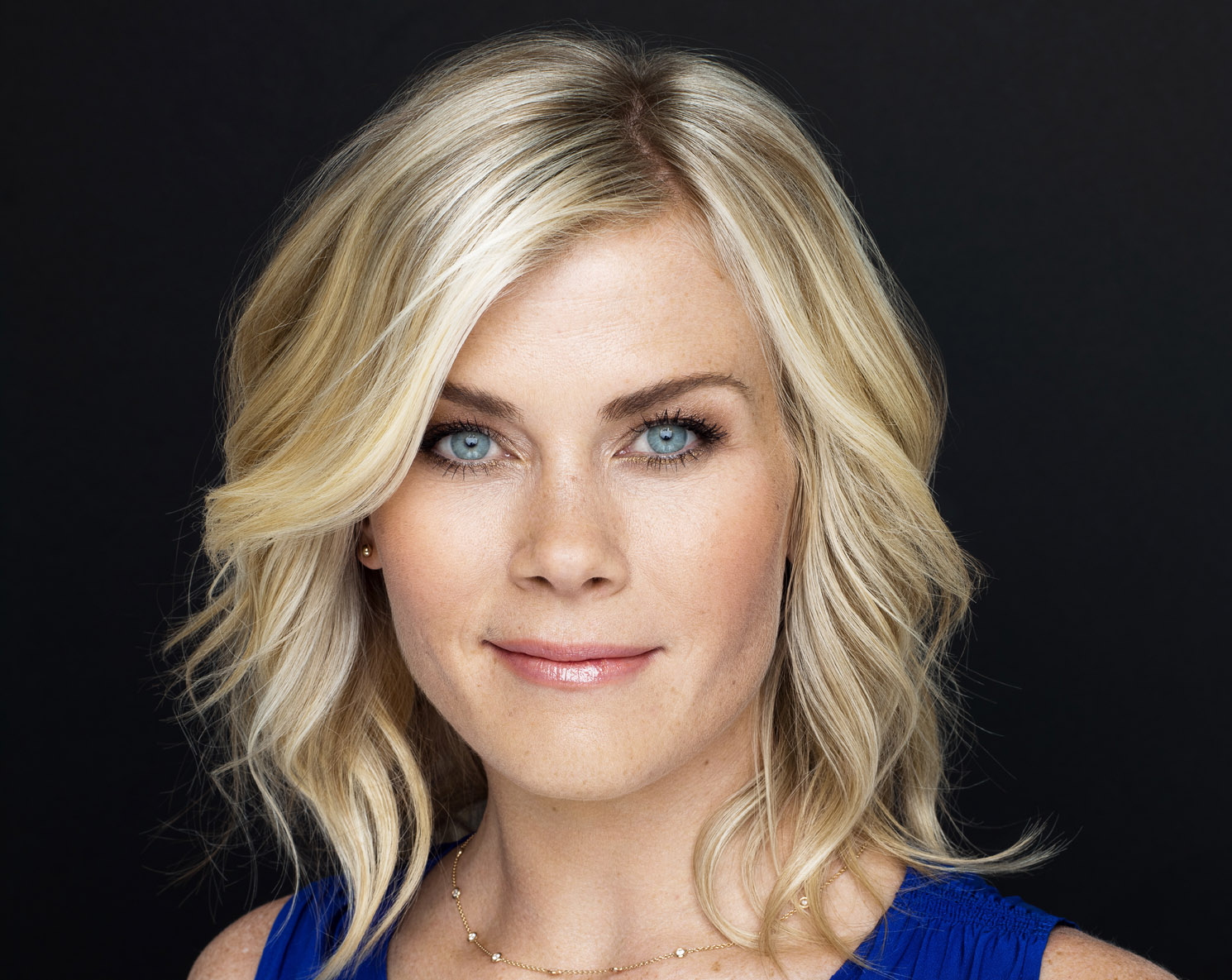 Alison Sweeney was only 16 years old when she made her debut on "Days of Our Lives" in 1993. She has appeared in an incredible 3,505 episodes of the show so far, playing the role of Sami Brady, the daughter of the iconic character Marlena Evans, and the show is still going.

Sweeney has been quite open about the negative impact that fans' and tabloids' speculation about her weight has had on her mental health, and she has said that it has been tough for her. So in short, she had been struggling with dieting for years even though she's not obese.

Sweeney wrote her 2004 autobiography All the Days of My Life (So Far),"

For many years, even though I was never obese, I tried fitting into a culture that reveres lean, angular bodies in women. I absolutely hated myself when I glared at the scale and it glared back at me with unwelcome news. Sounds insane, doesn't it? It really was a sad and pathetic way to live, diet after diet, year after year.

Sweeney was the host of "The Biggest Loser" from 2007 to 2015, despite the fact that she was well aware of the potentially harmful impacts of diet culture. 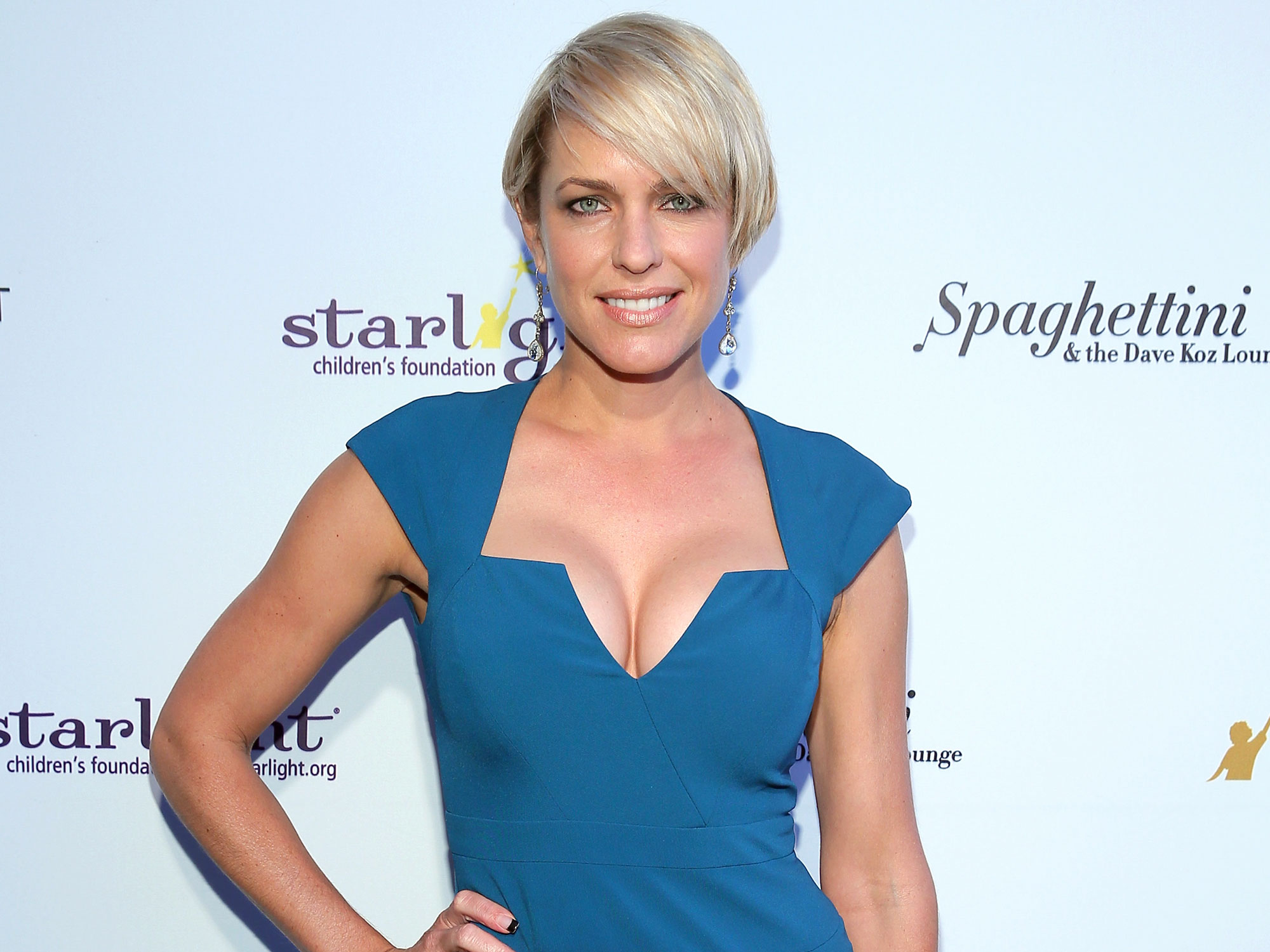 In 1998, Arianne Zucker joined the cast of "Days of Our Lives" as the manipulative character of Nicole. Nicole is a character on the show who has done everything from marrying for money to switching babies.

In 2016, Zucker was taken aback when she found herself in the center of an unforeseen political scandal.

The soap star made an appearance on the infamous "Access Hollywood" tape, which featured then-candidate Donald Trump ranting about "grabbing women by the p***y."

Following the unauthorized release of the tape in the run-up to the presidential election in 2016, Zucker found herself in the position of having to defend her actions on CNN, where she stated:

I refuse to let a situation such as this one take away my emotional power. You are who you allow yourself to be and I did not and will not let this event or any of its aftermath affect who I am as a woman, mother, daughter, friend and partner to a great man.

Lisa Robin Kelly played Jill Stevens on "Days of Our Lives" for 26 episodes. Kelly left "That 70s Show" in 2003, and the show went on for years without her; she told ABC News that she was having trouble in her personal life due to a miscarriage.

I had lost a baby; as a result of that I lost everything ... I was abusing alcohol, which I no longer do.

A year after telling ABC News that she was done drinking too much, the star died in an addiction treatment center at the age of 43, just a few days after going there. Kelly died while she was sleeping.

In 1986, Drake Hogestyn took over the role of Roman Brady, a long-running character, and moved to Salem. Since then, the actor has appeared in an incredible total of 4,086 episodes of the show, and this number continues to grow.

The 2016 holiday season was a difficult period for celebrity deaths; fans were devastated by the rapid succession of George Michael, Carrie Fisher, and Debbie Reynolds passing away.

In the same season that Hogestyn lost one of his most well-known co-stars, he also experienced a loss that was more significant to him personally.

The day after Christmas, he posted a gorgeous photo to Twitter of his mother wearing what appears to be a long, flowing wedding dress. He attached the photo to his message.

Suzanne Rogers has been the matriarch of Maggie Horton on "Days of Our Lives" since 1973. This makes her the star who has been there the longest. She has seen the character go through many changes.

When Rogers left "Days" in 2020, she made fans confused. She told Soap Opera Digest that she needed time off because of a strange accident.

The soap star curled her hair and tried to take a pill, but she choked on it. After calling 9-1-1, she didn't remember anything until two weeks later.

After two weeks, she said:

I just know that when I did wake up, my curlers were no longer in my hair and most of my hair was in the curlers. So it was a scary kind of realization that I had. I had scabs all over my scalp and I was really kind of scared that I didn't know what was going on.

Since the show's premiere in 1976, Deidre Hall has portrayed Dr. Marlena Evans, a psychiatrist on "Days of Our Lives."

Marlena is a member of the iconic supercouple that consists of the doctor and her spouse, John Black, despite the fact that the character has also been married to four other men.

John Black has been the doctor's husband the majority of the time.

Some of her marriages failed, in part, because she had problems conceiving children in those relationships.

Oh my gosh, I spent two years in vitro trying to get pregnant. I tried very hard and finally my doctor said, 'You are out of the baby business.' So then we looked at surrogacy.

There have been many infamous bad guys over the history of "Days of Our Lives," but few have been as nefarious as Lee DuMonde, the manipulative character that Brenda Benet portrayed for the show between the years 1979 and 1982.

Benet's real-life experiences were considerably more heartbreaking than the mistakes that her character made.

Benet claims that she had the sensation of being isolated from the cast, and she provides an explanation for this:

I discovered that personality conflicts can be tremendous on a soap, so I stayed out of the off-screen social circle.

After that, in 1981, she endured an unimaginable loss when her son passed away as a result of the acute epiglottis, an extremely rare condition that stops young children from swallowing.

Benet took her own life in the end. In reality, the actor's co-star, who remains anonymous stated that the actor radiated "an atmosphere of constant sadness."

Someone was aware that she was drinking, and they noticed that she had lost 20 pounds while also deteriorating physically. 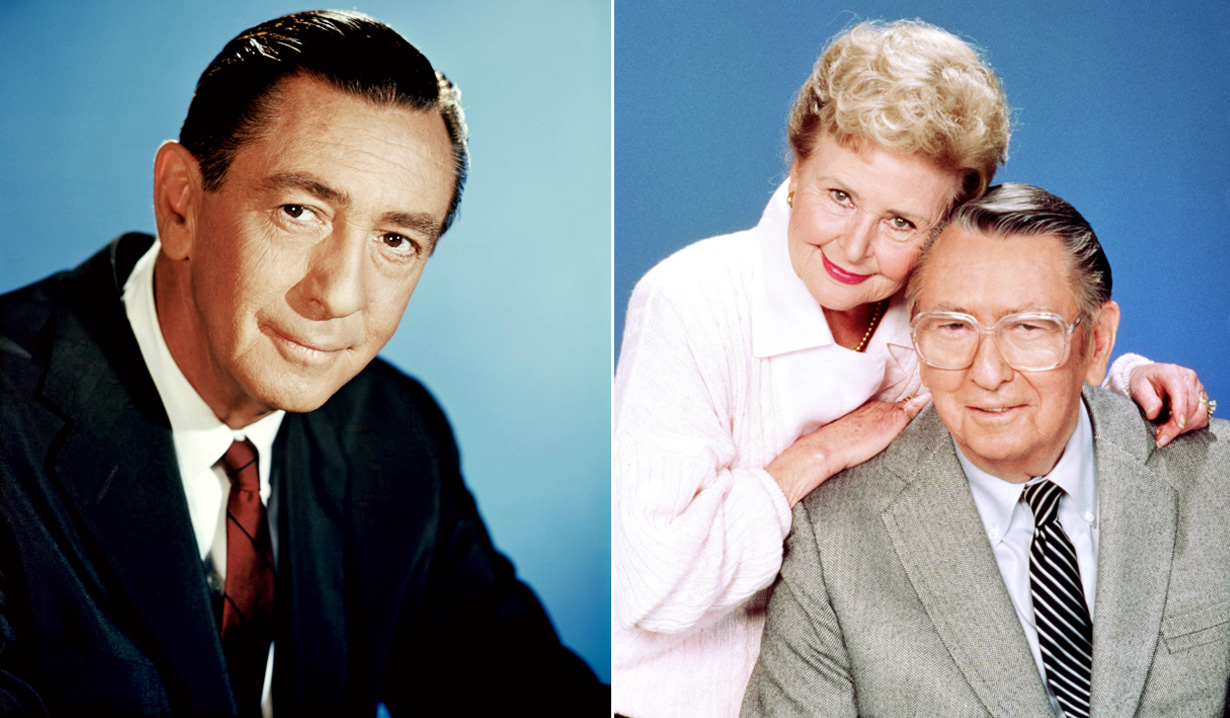 He was an American actor best remembered for his role as Dr. Tom Horton, the patriarch of the Days of Our Lives family on NBC's serial opera. He was the show's principal cast member for nearly three decades.

He continued to play it until his death from lung cancer six days after his 81st birthday in Beverly Hills, California, in 1994.

Carey struggled with alcoholism during this time and eventually joined Alcoholics Anonymous in 1982.

He was a long-time pipe smoker who could be seen with one in several films and early episodes of Days of Our Lives.

After taking a leave of absence from Days to remove a malignant growth from one of his lungs, his doctor urged him to leave in September 1991.

Eileen Marie Davidson is a well-known name in the entertainment industry in the United States, having worked in the fields of acting, writing, and television hosting.

The soap opera characters of Kristen DiMera and Susan Banks, both of which she played on NBC's Days of Our Lives, brought Davidson the most of her fame.

She plays the part of a lady who has been involved in homicides, suicides, and the theft of children and has even spent some time working as a nun.

Davidson received the Outstanding Lead Actress in a Drama Series Daytime Emmy Prize in 2014 for her performance in the series Days of Our Lives, which earned her the award.

Her sister had died first. Brooke, her niece, died not long after. A few months later, she lost her father-in-law, actor Dick Van Patten. Finally, she lost her big brother at the start of the following year.

Days Of Our Lives Trailer

Days of our Lives: Beyond Salem | Official Trailer | Peacock

Days Of Our Lives Male Actors

He is a well-known American actor and singer, although he is most well-known for his role as Will Horton on the daytime soap opera Days of Our Lives.

Donald Drake Hogestyn is an American actor who is most known for his role as John Black on the American soap opera Days of Our Lives, which he has played for a significant portion of the show's tenure.

Galen Laius Gering is an American actor who is best recognized for the roles he has played in daytime soap operas. On the NBC soap opera Days of Our Lives, which has been running for a very long time, he is currently playing the part of Rafe Hernandez.

Who Is The Longest-Running Actor On Days Of Our Lives?

On 'Days of Our Lives,' Julie Williams has been around the longest of any other character. In 1968, barely three years after the soap opera made its debut on NBC for the first time, actress Susan Seaforth Hayes made her first appearance on "Days of Our Lives" playing the role of Julie Olson.

Who Are The New Cast Members On Days Of Our Lives?

Chandler Massey, winner of three Daytime Emmy Awards for his role as Will Horton on "Days of our Lives," will play the character again for the first time since scenes from Christmas 2020 aired on the show. Zach Tinker, meanwhile, will make his "Days of our Lives" debut as Sonny Kiriakis. Massey won the role three times.

Is Days Of Our Lives Really Ending?

There is now no reason to be concerned about the possibility that Days of Our Lives will be canceled. NBC announced in May 2021 that it would continue airing the iconic soap opera until its 58th season, giving it a renewal for another two years (2022-23).

Where Can I Watch Old Episodes Of Days Of Our Lives For Free?

There is at least one episode of Days of Our Lives with Arianne Zucker and Josh Taylor that is available to stream on fuboTV with a subscription, for free on Peacock, for free on NBC, and on two other platforms as well. It's a drama show that's been running for 32 seasons and has a total of 4,261 episodes.

Is God To Blame For Our Suffering?

The Bible answers, no! The Creator, Jehovah God did not want people to have to go through pain. But the first couple decided to go against God's rules and decide for themselves what was good and bad. They turned away from God, and they had to deal with the results.

We are suffering the impact of their bad decision right now. But God did not cause people to suffer in any way.

When under trial, let no one say: ‘I am being tried by God.’ For with evil things God cannot be tried nor does he himself try anyone. (James 1:13)

Anyone can go through hard times, even people God loves.

Thank you for reading this article. looking back on what the Days of our Lives stars have gone through, such as the death of loved ones, illness, and the loss of an unborn child, it is not from God.